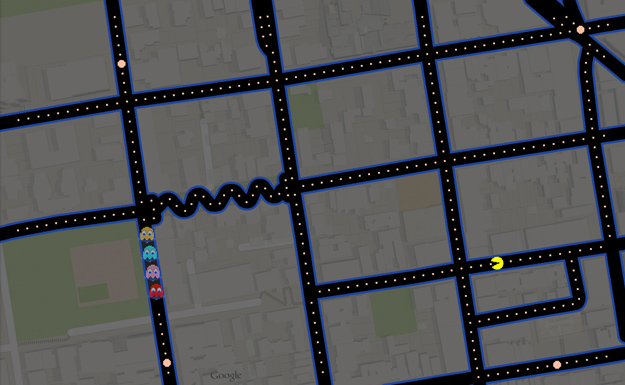 Tech companies tend to come up with the worst April Fools’ Day jokes on the planet, but every once in a while a gem shines through the muck. Google is often the company responsible for those gems, and on Wednesday we rounded up all of Google’s April Fools’ Day 2015 jokes into one nice, neat package.

One item was of particular interest — a funny new Google Maps feature that allows users to play a game of Pac-Man on real city streets in Google Maps. But where are the best places to play?

That question is far too subjective for us to tackle, but apparently Wired scoured the entire Earth and found the 15 best places to play Google Maps Pac-Man. Well, actually, the site narrowed things down to the five cities where it has offices, but it actually did manage to find 15 awesome maps that are perfect for Pac-Manning.