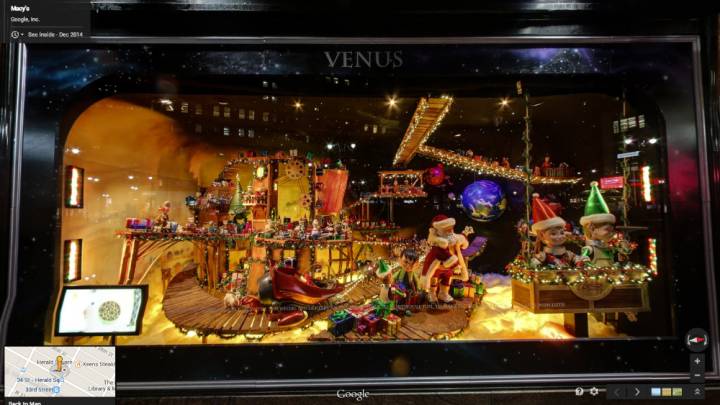 Google has a new amazing perk that will make Christmas and holiday window shopping insanely better for Internet users, as the company has updated its Google Maps Business View feature to include detailed imagery of certain business locations in New York and London, decorated for Christmas.

“So much of the fun of holiday shopping is seeing the lavish, seasonal displays in the windows of shops and department stores as you pass by,” Google on Friday wrote on the Latlong blog. “Starting today, with Google Maps Business View, you can see decked out displays in New York and London—without braving the cold weather, lugging bags around or fighting for sidewalk space with fellow shoppers. Now grab your virtual reindeer because we’re off to our holiday window tour!”

Additionally, Google posted various images showing the feature in action for some iconic locations, including Saks Fftth Avenue, Macy’s, Bloomingdale’s (all in New York), and Selfridges and Liberty (in London).

Google also reminds users that they can take a sneak peek inside certain stores, as long as they have a “See Inside” marker on Maps, Search and Google+.