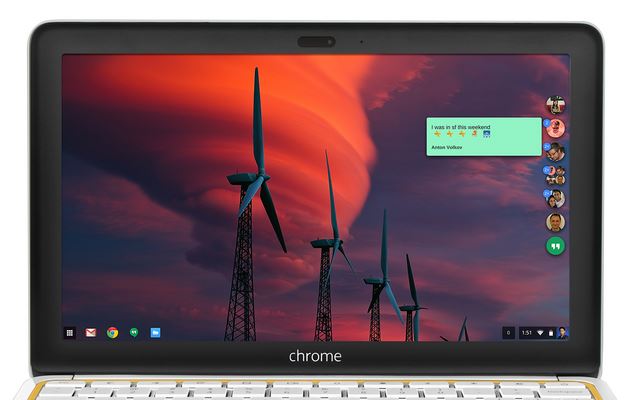 Your experience with Google Hangouts on your desktop is about to improve. On Thursday, Google introduced a new Hangouts Chrome App for Chrome OS and Windows that will keep your conversations with friends on Hangouts quickly accessible on your desktop.

MORE GOOGLE NEWS: This month’s most exciting Android announcements may come as soon as next week

This app will be like Facebook Messenger’s Chat Heads, or even the classic AOL Instant Messenger of years past, and you won’t even have to have Chrome open to chat with friends. Your list of contacts and chats combine into a separate toggle window so you can easily get to it despite everything else you have opened.

“You’ll get all your messages as long as you have the app running, and your chats will sync across Hangouts on all your devices,” says Google in their blog post.

Google is promising a “streamlined” design that won’t have Hangouts getting in the way of other work you’re doing on your desktop. The new Google Hangouts app also includes voice and video calling.

“We recently announced you can make phone calls to any number in the world (via Hangouts dialer) and now you can do this right from your desktop,” Google says. “If you use Google Voice, the app includes complete Google Voice support, so you can make and receive calls, and get your voicemails and SMS messages directly in Hangouts.”

You can head over to Google to download the Google Hangouts app for your Chrome OS or Windows right now, and you can read more about Google Hangouts which is linked below in our source section.