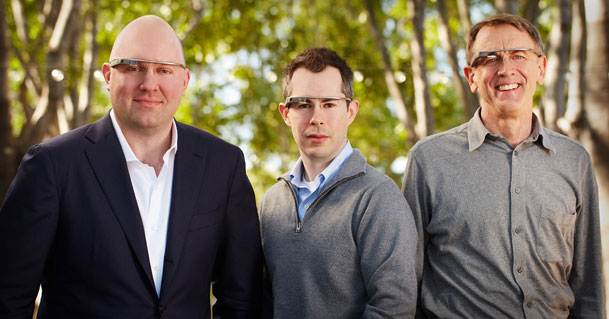 It’s been a couple of years since Google first started showing off Google Glass to the world, and in that time we have never heard any rumor that Apple was working on a device to compete with the digital headset. And now a new report from Business Insider may explain why: One of Apple’s most important executives seemingly thought it would be a bomb from the start.

RELATED: Can this man save Google Glass?

Business Insider has obtained some emails that were sent by Apple marketing chief Phil Schiller to tech blogger Abdel Ibrahim of The Tech Block after reading one of his posts making fun of Google Glass.

“I can’t believe they think anyone (normal) will ever wear these things,” Schiller wrote. “It reminds me of the push to market video goggles a few years back.”

There are many, many reasons Google Glass has a very big public image problem and one of them is definitely how awkward the device makes people look while they’re wearing it. The other issue was that many people felt uncomfortable around people wearing Glass because they were always worried they were being secretly filmed by the device.

At any rate, if or when Google comes out with a second-generation model, we imagine it’s going to look a lot different than the dorky Borg-like headset it first showed off in 2012.