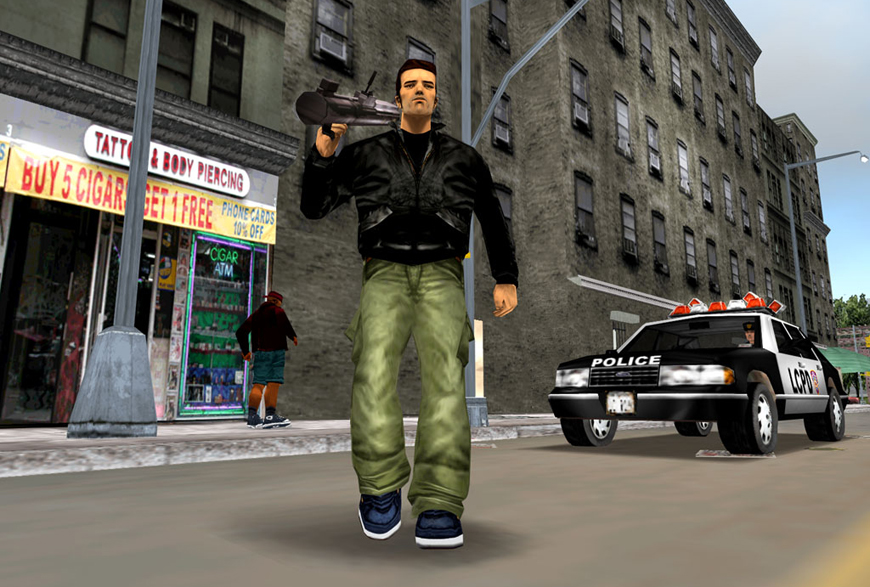 As the sales figures might suggest, gamers aren’t having any trouble finding reasons to pick up Grand Theft Auto V, Rockstar’s latest critical and financial blockbuster. If there is one minor complaint that has consistently irked GTA players ever since the game added an extra dimension, it’s the frustration of having to constantly glance back and forth from the GPS navigation map to the road in order to reach a destination. AdAge reports that one app developer might have solved the issue once and for all with an awesome new Google Glass app.

Mike DiGiovanni is a technologist at Roundarch Isobar, and he has created Glassware that “projects GTA3’s GPS system onto Glass’s screen, which is placed in front of a user’s right eye.” Rather than having to avert your eyes from the road, you can now continue to weave through traffic at dangerously high speeds with a little more confidence that you won’t smash into an oncoming 18-wheeler.

Grand Theft Auto III became the subject of the app after DiGiovanni had difficulty loading the much more graphically powerful Grand Theft Auto IV, but the potential for future video game companion apps for more recent games is there.

“The app might open the conversation of Glass and wearables as second screens of gaming,” said DiGiovanni. “It could open a whole new genre of games that we’ve never really seen before.”