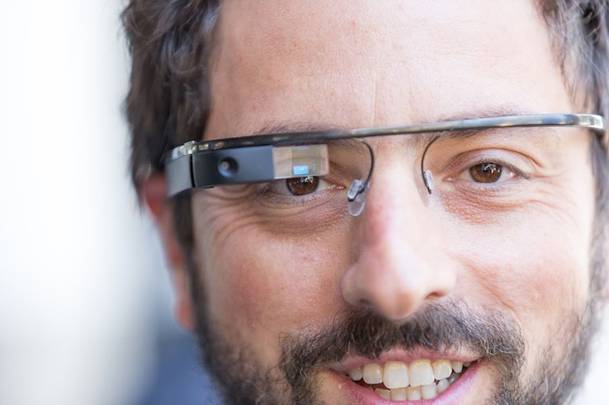 Whether or not Google’s connected eyewear will appeal to the mass market, early reviews painted Google Glass as a very intriguing product. It’s not without some faults, of course, and one of the biggest problems with early units was battery life. Glass reportedly goes for about five hours on a charge with average usage, which isn’t very impressive at all. Use the device for something like capturing long videos, however, and battery life can drop to as low as just “a couple of hours.” The version tested by earlier reviewers was just a prototype though, and Glass fans are hoping that Google will improve the device’s efficiency before launching it. But according to recent comments from Google cofounder Sergey Brin, that may not be the case.

In its deep dive into Google’s X Lab, Bloomberg Businessweek spoke with Brin about a number of things “Google X” is working on. Glass is clearly the division’s most widely publicized project, and Brin made an interesting, possibly troubling comment while discussing it.

From the report: “Asked about Google Glass, a project he championed and which he has been photographed testing on the New York City subway, he points to the device perched on his nose and says, ‘You know, this is basically done.’ “

There are a few ways to interpret that comment. One interpretation suggests that while the “Explorer” models currently in use are prototypes, an updated version that is “basically done” exists within Google. Another interpretation, however, is that the version of Google Glass currently being used by early adopters is the version that is “basically done,” and we can expect Glass to launch with terrible battery life.

In either case, Google previously announced that Glass will launch to the public sometime in 2014.