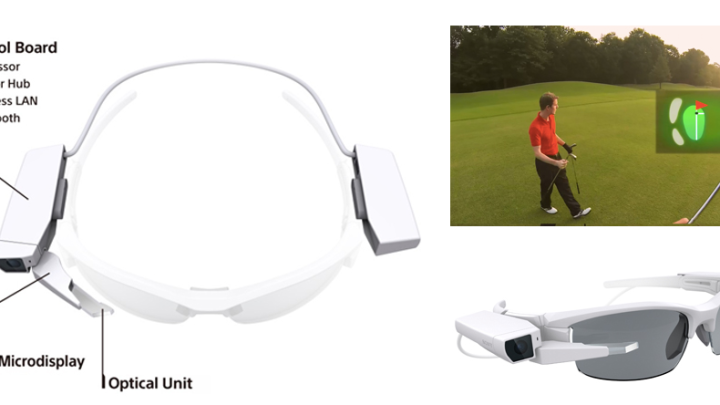 Sony on Wednesday unveiled a new module that you can attach to your glasses. The company says it will be demonstrated at this year’s CES “in the form of a concept model called ‘SmartEyeglass Attach!,’ which proposes one potential use for the module and is meant to be attached to sports eyewear pieces.”

As you can see, the SmartEyeglass Attach! is bulkier than Google Glass with a camera that sticks out even further from your face and an optical unit that’s even more noticeable than the one on Google’s headset.

Google Glass has become a joke this year — late-night comedians have ridiculed it with glee and many early adopters have renounced the device as an expensive mistake. The general consensus has been that if wearable computer headsets are ever going to go anywhere, then they’ll have to be much less obviously visible than they are right now.

To Sony’s credit, it doesn’t pretend that this device is a fashion accessory and says that it could instead be used by athletes who want real-time information on what they’re doing.

“For example, when cycling, playing a round of golf, or engaging in some other outdoor sport, attaching this module to a pair of sports sunglasses and pairing it with a smartphone would enable you to access valuable information such as course maps or distance readings, even when your hands are tied,” Sony writes.

At any rate, I wish Sony the best of luck selling the SmartEyeglass Attach! to consumers. If Google Glass is any indication, they’re going to need it.