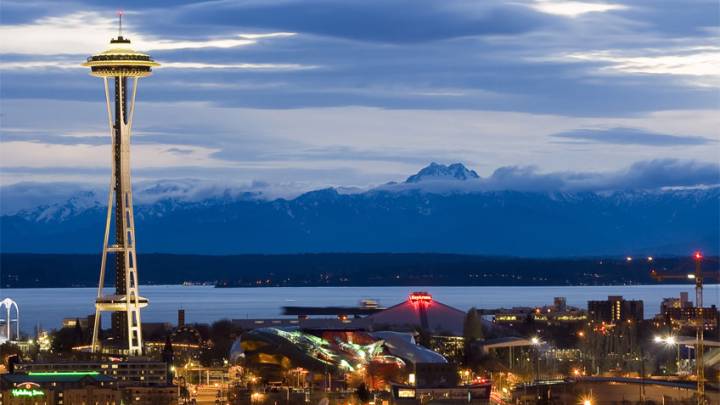 No Google Fiber? No problem. Residents in select neighborhoods in Seattle will have access to gigabit Internet speeds beginning in 2014. Gigabit Squared on Monday announced pricing plans for its upcoming fiber network in Seattle. The company will offer a basic plan with download speeds of 5Mbps and upload speeds of 1Mbps for free for 60 months, after which time customers can convert to 10Mbps service for just $10 per month. Other plans include download and upload speeds of 100Mbps for $45 per month, or speeds of 1Gbps for $80 per month. Customers will also be required to pay a $350 installation fee for 100Mbps plans or higher unless they sign a one-year contract. Gigabit Squared is the latest company to offer gigabit Internet speeds, following the successful launch of Google Fiber in Kansas City last year. Gigabit Squared will begin taking sign-ups sometime next month. The company’s press release follows below.

SEATTLE, June 24, 2013 /PRNewswire/ — Gigabit Squared today unveiled residential pricing for the ultra-high-speed fiber-to-the-home broadband network it plans to launch locally in 2014. The Gigabit Squared fiber network will initially be made available to neighborhoods located within the West Campus District, First Hill, Capitol Hill and Central Area of Seattle as part of a program called Gigabit Seattle.

“We are excited about the limitless possibilities our network can bring to the residents located in these areas and are confident that the affordability and high speed performance of our fiber network will be well received,” said Mark Ansboury, president of Gigabit Squared. He added, “We will be providing our customers with significantly greater speed and accessibility than what’s out there today for about the same price…a true value. This will be backed by a level of customer service that will surpass anything anyone has ever experienced before.”

“We’re one step closer to bringing gigabit speed broadband to Seattle,” said Mayor Mike McGinn. “We are leveraging our new public-private partnership with the University of Washington and Gigabit Squared to help Seattle compete in the global economy. I’m excited to see how our residents and businesses can innovate with this new infrastructure.”

1) Installation Charge: Installation charges will be waived for customers signing a one-year contract for 100 Mbps service or greater. Otherwise, a $350 installation fee is required.

Plan B:
100 Mbps download/100 Mbps upload for $45 per month
No installation charge with one- year contract

Since the launch of the Gigabit Seattle website in December, thousands of Seattle residents have already expressed an interest in the service. Ansboury commented, “We will be announcing a simple sign-up process next month that will make it easy for people to sign up for the service that best meets their individual needs. This will help us prioritize the neighborhood rollout schedule. We can’t wait to make this available to as many residents as possible and look forward to our initial program’s success so we can quickly expand into other areas of Seattle.”