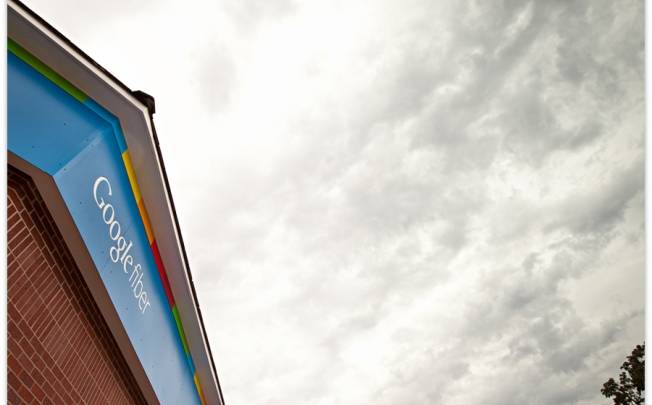 Soon no one will snicker when Kansas City residents proudly refer to their city as the “Silicon Prairie.” As the Associated Press reports, the presence of Google’s (GOOG) high-speed fiber network has turned Kansas City into a major attraction for tech startups that want to take advantage of the fastest Internet connectivity in the United States. According to the AP, “several startup-friendly locations… have sprouted up in Kansas City in recent months” in residential buildings that give entrepreneurs room for “working on their ideas for the next high-tech startup.”

The AP profiles one such startup residence, dubbed the “Home for Hackers,” that offers entrepreneurs “a deal that allows them to live rent-free” for up to three months “while they develop their business plans.” The house has three spots reserved specifically for entrepreneurs and an additional bedroom set up for “fiber tourists who want a place for a day or two where they can download anything faster than they could elsewhere.”

But despite all the startup activity in Kansas City, the Silicon Prairie’s small businesses say they’re still having trouble overcoming the perception that they live in a second-tier city. In particular, they tell the AP that they still have a lot of trouble raising capital from venture capitalists who prefer to have startups nearby on the West Coast instead of in the Heartland.

“I’ve had some really incredible conversations with some big name VCs, and their first statement is that when you’re in this early stage you have to be here, right next to us,” Mike Farmer, the founder of the Kansas City-based mobile search app Leap2.com, told the AP. “That is a hurdle.”