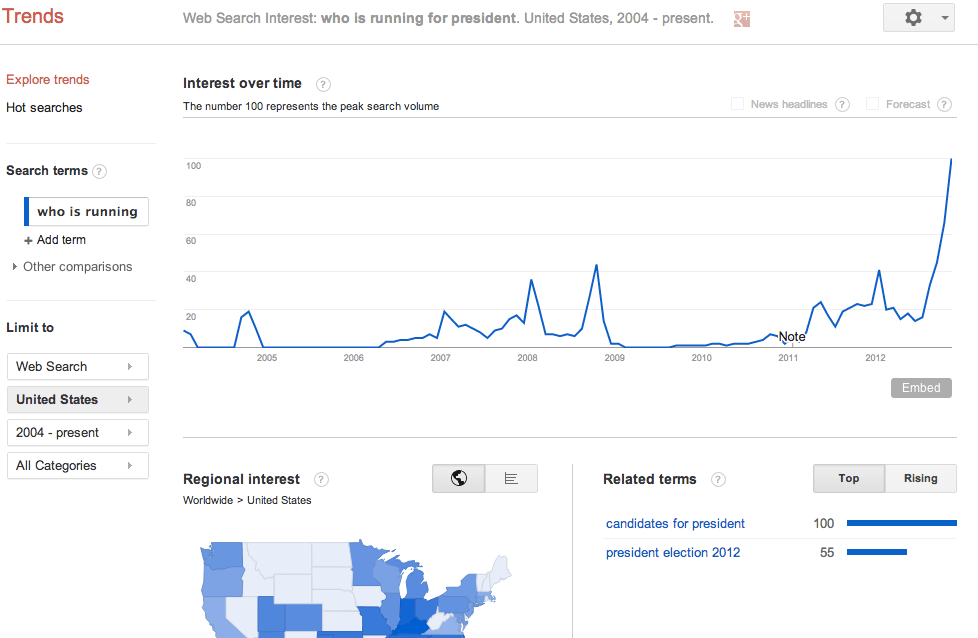 It’s one thing to be undecided; it’s another to be uninformed. As noted by the Huffington Post’s Alana Horowitz, Google (GOOG) is showing that the number of people searching for “Who is running for president?” has surged to a new high leading up to Tuesday’s election. While there’s no definitive proof that the people searching for this question don’t know the answer, it’s nonetheless very disconcerting to see in what has so far been a very tight race. And let’s face it: No American wants to think that the next president will be decided by people who have never heard of Mitt Romney nor Barack Obama until the day before they vote.