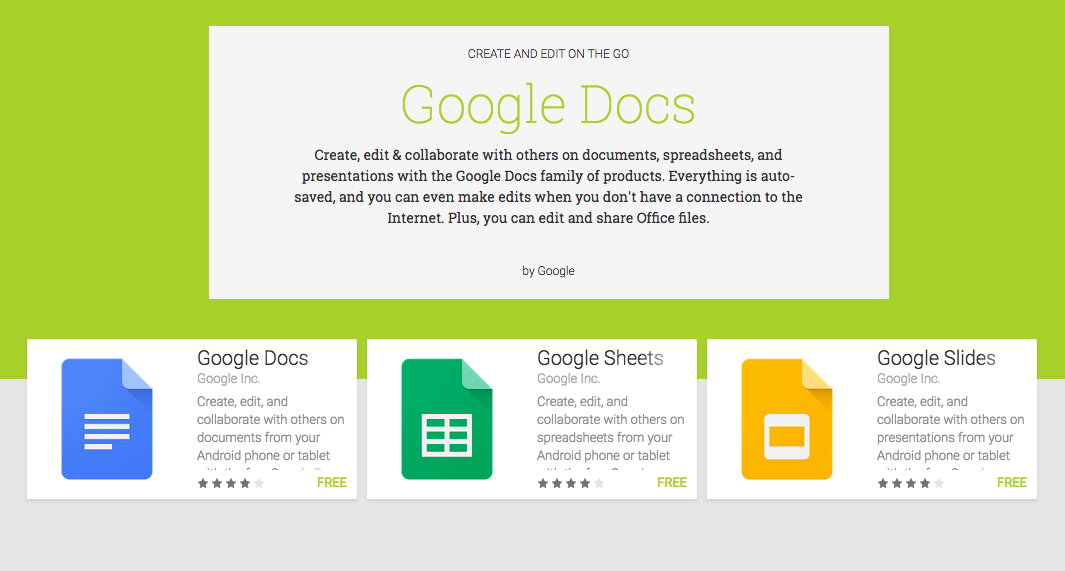 Google announced on Thursday that the Google Docs app on iOS and the Docs, Sheets and Slides apps on Android had received updates to give users more editing options on their mobile devices.

In Google Docs, users will now be able to accept, reject or comment on suggestions made by other users across shared files. Changes and comments in Word files will now be tracked across the mobile app, and iOS users will be able to edit tables, a feature that was previously only available on Google’s app for Android.

The update to Sheets on Android will let users move, resize and delete charts while the Slides update brings quicker loading and scrolling to PowerPoint presentations.

These are relatively minor updates, but if we’re going to let Google take over our iPhones, we expect the company’s apps to be as robust as anything else on the App Store.

You can download the updated apps from the links below:

Google Docs on the App Store