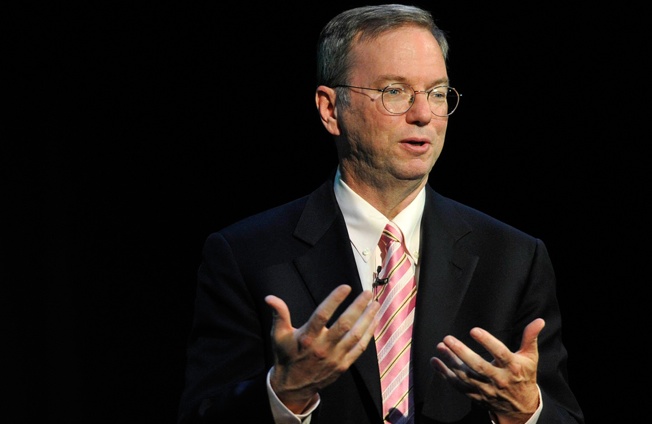 Google (GOOG) chairman Eric Schmidt is back from his adventure in North Korea and he’s penned a post on his Google+ page detailing the current state of the country’s technological capabilities and the way it allows citizens to have limited access to the Internet. In short, North Korea isn’t anywhere close to matching the technological capabilities of its rival South Korea, and the country is incredibly restrictive of the information it allows its citizens to access.

“Overall, the technology in North Korea is very limited right now,” writes Schmidt. “There is a 3G network that is a joint venture with an Egyptian company called Orascom. It is a 2100 Megahertz SMS-based technology network, that does not, for example, allow users to have a data connection and use smart phones.”

Schmidt also says he told North Korean officials that it was making a major mistake by not giving its citizens access to the open Internet, which he said was a necessity for the country to continue evolving technologically.

“It was obvious to us that access to the Internet… was possible for the government, the military, and universities, but not for the general public,” Schmidt says. “As the world becomes increasingly connected, the North Korean decision to be virtually isolated is very much going to affect their physical world and their economic growth. It will make it harder for them to catch up economically… It is their choice now, and in my view, it’s time for them to start, or they will remain behind.”