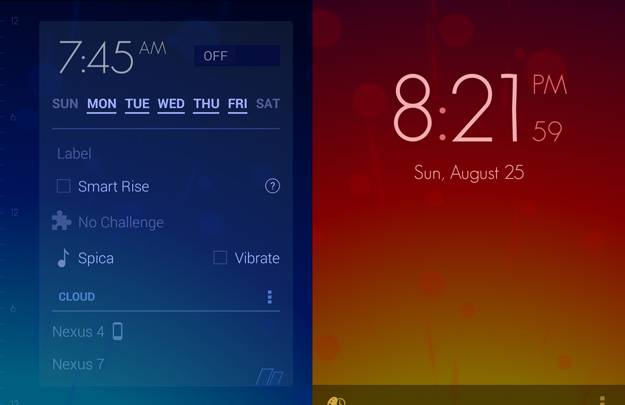 On the surface, Timely is a simple alarm clock app for Android. But as it turns out, this beautifully made Android application could ultimately lead to a gorgeous makeover of Google’s mobile operating system. This past weekend, Bitspin announced that it has been acquired by Google. The deal was later confirmed by a number of independent sources. “We’re thrilled to announce that Bitspin is joining Google, where we’ll continue to do what we love: building great products that are delightful to use,” the company wrote on its website. “For new and existing users, Timely will continue to work as it always has. Thanks to everyone who has downloaded our app and provided feedback along the way; we truly appreciate all your support.”

Bitspin consists of a small team of application developers based in Zurich, Switzerland that is fresh out of college. Timely is the only Android app the group has released at this point. While Google hasn’t shared any plans for its Bitspin acquisition, it’s possible that the team will help design user interfaces and user experiences for the companies various Android apps, or even help tweak various areas of the core Android interface itself.

Also of note, the Timely app is now available for free in the Google Play app store.

Here’s a video of Bitspin’s Timely app in action: