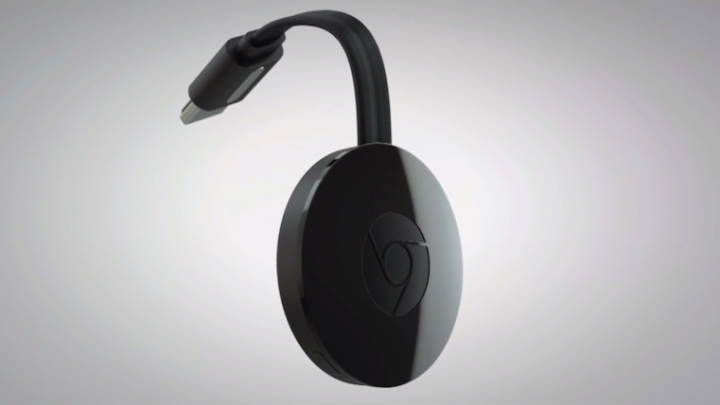 Although the Nexus 5X and Nexus 6P stole the spotlight at Google’s event on Tuesday, fans of media streaming will be pleased to know that after selling more than 20 million units, a new Chromecast is also on the way.

As revealed in leaks prior to the event, the second-generation Chromecast has received more than just an internal makeover — the exterior has changed significantly as well. The bubblier hardware will comes in three colors: black, lemonade and coral.

But no matter how different the device looks on the outside, all we really want to know is what it can do. Google discussed several new features of the 2nd-gen Chromecast at the event, including 5GHz Wi-Fi and Fast Play, which will allow apps to prefetch data from the moment an app is opened up.

There will be plenty of new TV apps to enjoy on the new Chromecast as well, such as Showtime, Sling TV, NBA and NHL. Gaming is also a priority for Google, and the company plans to use our smartphones as the controller for popular Android games.

But the new Chromecast isn’t the only addition to Google’s streaming device lineup this week. Google also announced another dongle called Chromecast Audio. Chromecast Audio plugs into any speaker with a 3.5mm headphone cable in order to allow users to stream audio over Wi-Fi. It also supports RCA and optical input.

Plenty of popular music apps will be supported on Chromecast Audio, such as Spotify, Pandora, Google Play Music, iHeartRadio and TuneIn Radio. The device will also support multi-room sync later this year.

Finally, Google has overhauled the Chromecast app as well to give you a home for all your entertainment options. You can see what’s trending on YouTube, the latest movie rentals from Google Play Movies or which games are streaming on the multiple sports apps available for Chromecast.

In the Devices tab of the new app, you can control any device connected to Chromecast, as can anyone who comes to your house and connects to the network. The third tab, Get Apps, does pretty much what you’d think it would do. The app will roll out over the next few weeks.

The new Chromecast and Chromecast Audio will be available starting today in 17 countries for $35 each.