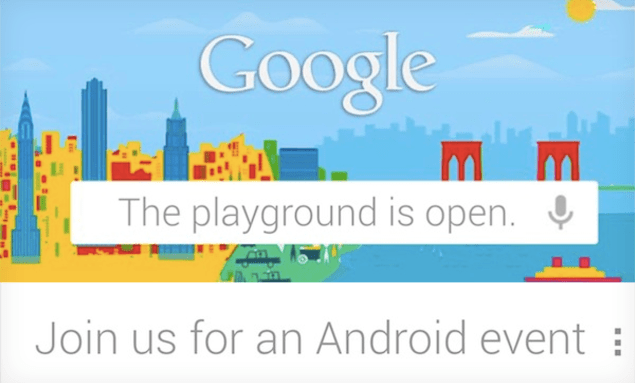 Google (GOOG) sent invitations to the media on Wednesday evening for an Android event scheduled for October 29th in New York City. It is widely speculated that the Mountain View-based company will announce new Nexus smartphones and an updated version of its Android operating system. Earlier reports have suggested that Google is planning to release Nexus-branded smartphones from a variety of manufacturers, including LG and Sony. The invitation gives little details to what the Internet giant will announce, however. BGR will be covering the event live beginning at 10:00 a.m. EDT on October 29th.