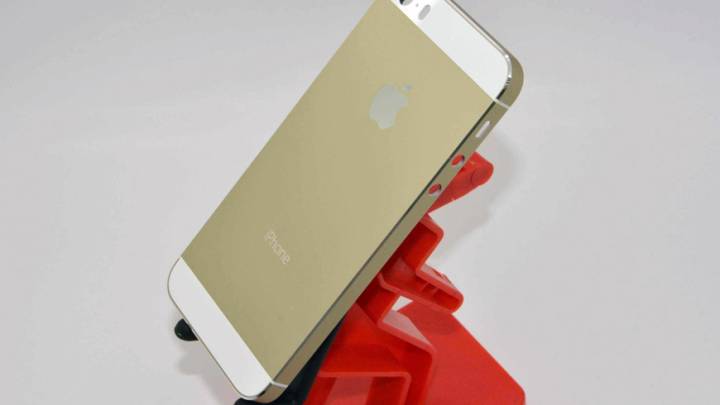 With just over two weeks left before Apple unveils its next-generation iPhone 5S and the all new iPhone 5C, leaks are now flowing like a river. Among them is a new gallery of high-quality gold iPhone 5S photo published over the weekend by emerging Apple insider Sonny Dickson. The photos show Apple’s upcoming iPhone 5S housing in the brand new champagne gold color and while it’s not quite as gaudy as some had feared, it is most certainly still going to be a bit too showy for many users. Of course, Apple is still expected to launch the iPhone 5S in black/slate and white/silver, so there should be something for everyone from Apple this year.

Apple is expected to unveil the new iPhone 5S during a press conference on September 10th. According to numerous reports, the new model will feature a faster A7 processor, an upgraded camera with a dual-LED flash and an embedded fingerprint scanner. Also expected to debut on the 10th is the brand new mid-range iPhone 5C, which will likely feature more modest specs and a plastic case that comes in five different colors. Both new iPhone models will reportedly launch on September 20th.