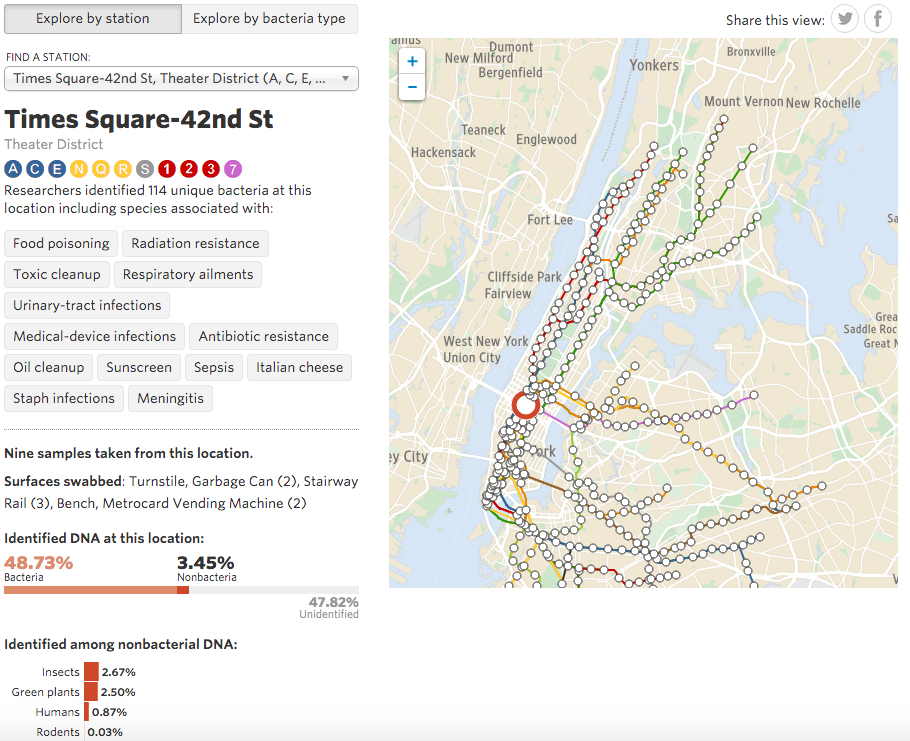 Why would anyone want to intentionally lick subway poles? That’s a good question, and one that Dr. Chris Mason of Weill Cornel Medical College won’t probably answer in a new study about to come out. But he says it’s probably safe to do it, if you absolutely must.

DON’T MISS: Why you shouldn’t share your iPhone or iPad with your young child

Mason’s team put together the PathoMap study, a project intended to create a molecular portrait of New York City, Gothamist reports. What Mason did was to swab plenty of surfaces in the city, including subway poles, and he came to the conclusion that the subways aren’t as unsafe, from a health perspective, as you might imagine.

“You wouldn’t want to lick all the poles, even though you’d probably be fine,” the researcher said, adding that there’s “nothing traumatic” on those poles. “Wash your hands and don’t walk around with a gaping wound,” he added.

Put more simply, the more germs and bacteria a young child is exposed to, the more resistance he or she should have later in adulthood… and the more subway poles he or she will be able to lick almost risk-free.

“The best thing to do with newborns is roll them like sushi on the subway ground,” Mason told the publication to prove his point, though it’s probably not the first thing you’ll want to do with your kids when taking the subway.

The full PathoMap study should be published at some point next week, in case you’re interested in the real and perceived health hazards of New York City. Meanwhile, you could always check this interactive map of the New York subway system to see what germs you’re most likely to encounter at various stops.