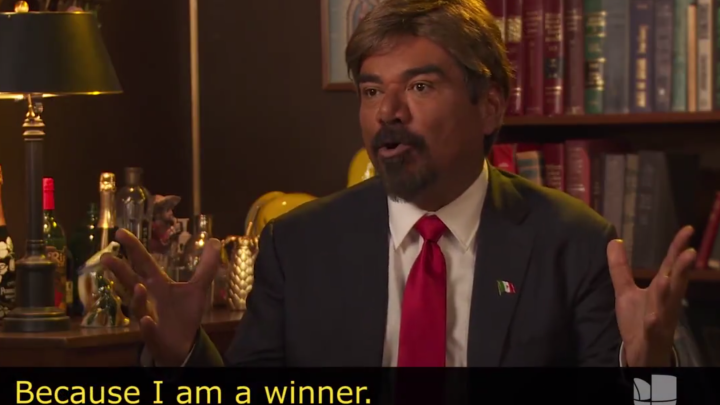 Does Mexico have its own equivalent of Donald Trump? That’s what comedian George Lopez wants us to imagine in his hilarious new video for Funny or Die in which he plays fictional Mexican presidential candidate Donaldo Trumpez, a colorful billionaire who wants to build a wall on the U.S.-Mexico border to keep drunken American frat boys from coming to Tijuana every year.

DON’T MISS: Pokémon for iOS: Watch the most epic trailer ever for something that is definitely not epic

“When the United States sends their people, they’re not sending their best,” Trumpez explains in Spanish. “They’re sending people with lots of problems. They only come to Mexico to watch a show with a donkey and to watch women lift up their tops. Mexico is more than that!”

Trumpez says that only a border wall will keep out los yanquis who are ruining Mexico and then goes in for another rant about how awful the people we send over to his country are.

“Every year America sends their damn drunks, their frat boy rapists to Cabo, to Cancun,” he says. “They come for their spring break to get drunk and to rape each other. It’s disgusting!”