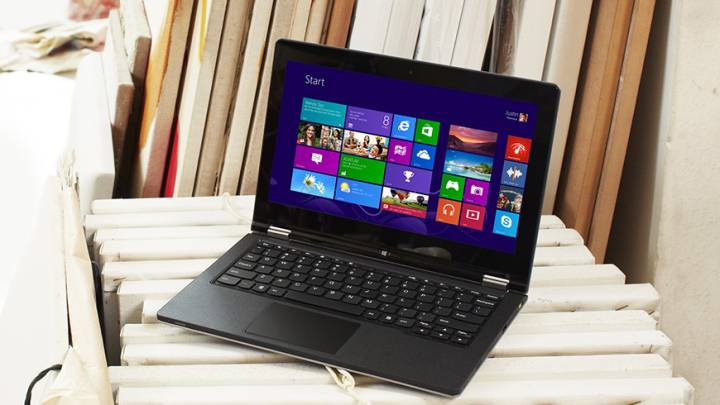 Slowing PC sales forced market research firm Gartner to cut its forecast for 2013 global IT spending growth in half. The company announced this week that spending is on pace to increase 2% year-over-year to $3.7 billion. It had previously predicted growth of 4.1% for a total of $3.8 billion in spending, however “recent fluctuations in U.S. dollar exchange rates” and poor PC sales forced the firm to reduce its forecast.

IT spending on devices has taken the biggest hit this year. The firm had expected device sales to grow 7.9%, however the decline of PC sales continued in the second quarter and Gartner now estimates sales will grow only 2.8%. The company notes that while new devices will hit the market in the second half of 2013, they will likely “fail to compensate for the underlying weakness of the traditional PC market.”

The biggest growth in the IT sector will come from enterprise software spending, which is on pace to increase 6.4%. Gartner’s press release follows below.

Gartner Says Worldwide IT Spending on Pace to Reach $3.7 Trillion in 2013

STAMFORD, Conn., Jul 02, 2013 (BUSINESS WIRE) — Worldwide IT spending is projected to total $3.7 trillion in 2013, a 2 percent increase from 2012 spending of $3.6 trillion, according to the latest forecast by Gartner, Inc. Last quarter, Gartner’s forecast for 2013 IT spending growth in U.S. dollars was 4.1 percent. The 2.1 percentage point reduction mainly reflects the impact of recent fluctuations in U.S. dollar exchange rates; growth in constant currency is forecast at 3.5 percent for 2013, down only slightly from last quarter.

The Gartner Worldwide IT Spending Forecast is the leading indicator of major technology trends across the hardware, software, IT services and telecom markets. For more than a decade, global IT and business executives have been using these highly anticipated quarterly reports to recognize market opportunities and challenges, and base their critical business decisions on proven methodologies rather than guesswork.

“Exchange rate movements, and a reduction in our 2013 forecast for devices, account for the bulk of the downward revision of the 2013 growth,” said Richard Gordon, managing vice president at Gartner. “Regionally, 2013 constant-currency spending growth in most regions has been lowered. However, Western Europe’s constant-currency growth has been inched up slightly as strategic IT initiatives in the region will continue despite a poor economic outlook.”

The forecast for spending on devices in 2013 has been revised down from 7.9 percent growth in Gartner’s previous forecast to 2.8 percent (see Table 1). The decline in PC sales, recorded in the first quarter of 2013, continued into the second quarter with little recovery expected during the second half of 2013. While new devices are set to hit the market in the second half of 2013, they will fail to compensate for the underlying weakness of the traditional PC market. The outlook for tablet revenue for 2013 is for growth of 2.8 percent, while mobile phone revenue is projected to increase 7.4 percent this year.

Enterprise software spending is on pace to grow 6.4 percent in 2013. Growth expectations for customer relationship management (CRM) have been raised to reflect expanded coverage into e-commerce, social and mobile. Expectations for digital content creation and operating systems have been reduced as software as a service (SaaS) and changing device demands impact traditional models and markets.

Telecom services spending is forecast to grow 0.9 percent in 2013. Fixed broadband is showing slightly higher than anticipated growth. The impact of voice substitution is mixed as it is moving faster in the consumer sector, but slightly slower in the enterprise market.

Gartner’s IT spending forecast methodology relies heavily on rigorous analysis of sales by thousands of vendors across the entire range of IT products and services. Gartner uses primary research techniques, complemented by secondary research sources, to build a comprehensive database of market size data upon which to base its forecast. The Gartner quarterly IT spending forecast delivers a unique perspective on IT spending across hardware, software, IT services and telecommunications segments. These reports help Gartner clients understand market opportunities and challenges.