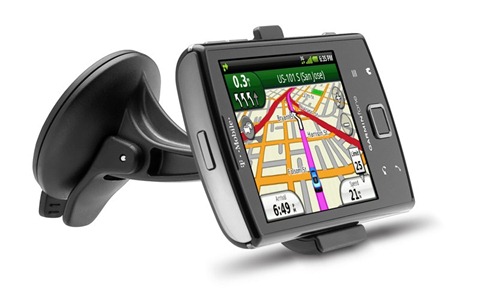 Apple posted a 20% profit decline in its spring quarter. Personal navigation device (PND) vendor Garmin just delivered a comparatively mild 7% earnings decline. If anyone had forecast this outcome two years ago, he would have been branded as a lunatic. Or possibly a dark prophet of apocalypse: “And when he had opened the third seal, I heard the third beast say, Come and see; And I beheld, and lo a PND vendor that was supposed to be dead outperformed the most profitable smartphone vendor in history in annualized profit trend comparison.”

So Garmin’s share price went up 7% on its spring earnings report. Over the past three months, Garmin’s shares have moved up by more than 15%, outpacing Apple with sinuous ease. Both BlackBerry and HTC are down more than 40% over the same period. This was not how most people thought things would pan out. The PND business was supposed to go into meltdown mode while smartphone vendors were supposed to soar. What actually happened was that Garmin has been able to hold the PND decline to an astonishingly moderate pace. Its automotive and mobile segment posted only a 12% annualized sales decline in the spring quarter. The small fitness, aviation and marine units are delivering modest growth.

Delivering pretty weak numbers while Wall Street expects a disaster can work out OK for a company’s share price. And as it turns out, several notable smartphone vendors have been the ones that have shocked the Wall Street the most: Nokia, HTC and BlackBerry all have seen their profits turn into losses, while even Apple has now posted two consecutive quarters of profit declines.

Over the past 12 months, Garmin’s share price has outperformed Apple by more than 20%. This is worth keeping in mind the next time you see an apparent slam dunk in the equity market. Is Netlfix going to outperform Zynga over the next year? Think about it.