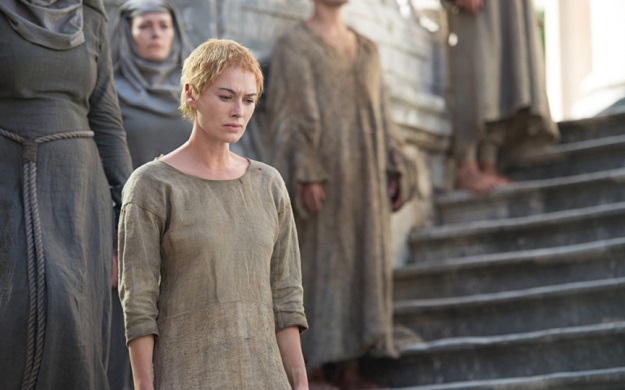 They say truth is stranger than fiction. And sometimes, well, sometimes truth and fiction overlap in the craziest of ways.

During the season 5 finale of Game of Thrones, a once-proud Cersei Lannister was forced to march for miles through Kings Landing completely naked to atone for her sins. All the while, townspeople spewed vulgar insults in her direction while simultaneously hurling unspeakable objects her way. The scene, which went on for minutes on end, was dramatic and intensely emotional.

Now comes word via The Daily Beast that an ISIS leader captured in Libya was subject to a real life Game of Thrones-style walk of shame humiliation.

According to the report, a group fighting against ISIS forced the captured commander to strip naked and march through the city of Derna, before ultimately hanging him in public.

The execution in the eastern city of Derna was described to The Daily Beast by two sources who spoke on condition of anonymity and are familiar with video footage of the shaming and hanging. U.S. government intelligence analysts have also seen the footage, the sources said.

The ISIS commander was marched through the street “Cersei Lannister-style,” one source said…

It was an apparently deliberate piece of propaganda, appropriating the terrifying public killing that have become ISIS’s hallmark and using them on the group itself.

Perhaps not surprisingly, the humiliating depiction of Cersei’s walk of shame on Game of Thrones stirred up a bit of controversy as some felt it was too misogynistic.

In defending the scene, Game of Thrones author George R.R. Martin said that such penance walks weren’t unheard of hundreds of years go. Indeed, Martin noted that Cersei’s scene in particular was “based on the punishment of Jane Shore, one of King Edward IV’s mistresses, who in the 15th century was forced to endure a penance walk through London.”