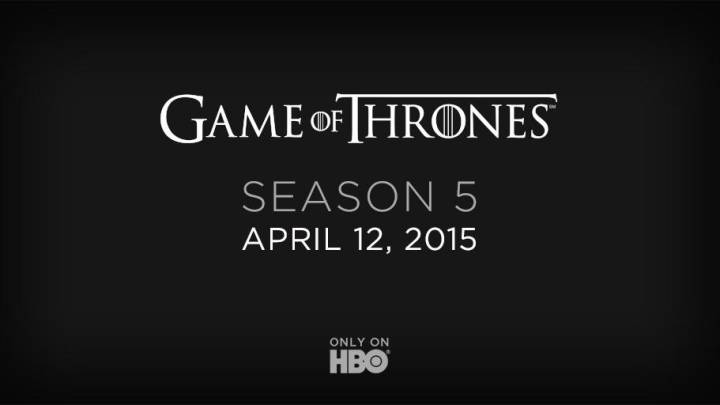 After nearly a year of waiting, we finally know when we’ll be returning to Westeros. HBO announced on Thursday that the fifth season of Game of Thrones will premiere on April 12th at 9 p.m. ET/PT. The fifth season will adapt portions of the fourth and fifth books in the series.

FROM EARLIER: Game of Thrones was once again the most pirated show of the year

The first cryptic teaser for the new season made its way online last November, but we haven’t seen or heard much about the fifth season since then. Thankfully, fans won’t have to wait much longer to get a sneak peek of season 5 as several IMAX theaters will screen the final two episodes of season 4 along with a new trailer for the upcoming season.

HBO also revealed that Veep will return for its fourth season on the same night at 10:30 p.m. ET. It will follow the second season premiere of Silicon Valley.

The press release from HBO follows below:

HBO has confirmed that the new seasons of GAME OF THRONES, SILICON VALLEY and VEEP will debut back-to-back on SUNDAY, APRIL 12, starting at 9:00 p.m. (ET/PT).