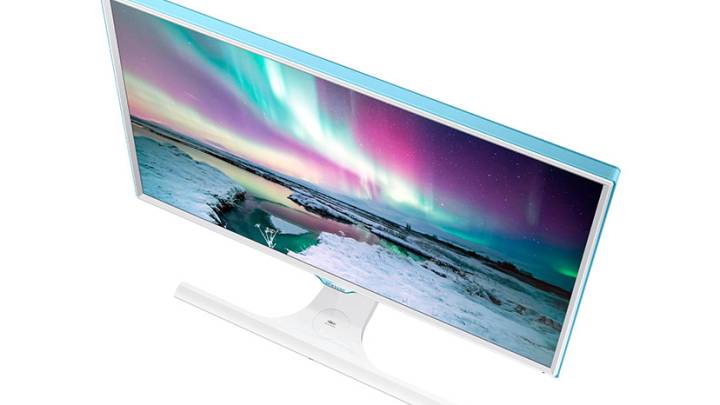 Samsung unveiled a brand new device on Monday, a new monitor that might be the best accessory for the smartphone of the future — but also for some existing models, including the hot Galaxy S6 family.

Not only does the SE370 offer users either 23.6 or 27 inches of display real estate, but this monitor also comes with a wireless charging stand in its base, which is compatible with smartphones that have wireless charging batteries.

Samsung’s Galaxy S6 and Galaxy S6 edge are the first handsets to pack wireless charging batteries, and the upcoming Galaxy Note 5 and the Galaxy S6 edge Plus are also expected to feature the same technology. Not to mention that other smartphones from competitors can also be recharged wirelessly, either thanks to built-in technology or with the help of special cases.

Other features of the SE370 — after all, you’re likely to use it more as a monitor than a battery charger — include Full HD resolution, 178-degree wide-angle viewing, 300cd/m2 brightness, AMD FreeSync technology, 4ms response time, HDMI, DP and D-Sub ports. However, Samsung is yet to specify pricing details or a release date for the new monitor.

More details about the SE370 are available in the following YouTube presentation video.