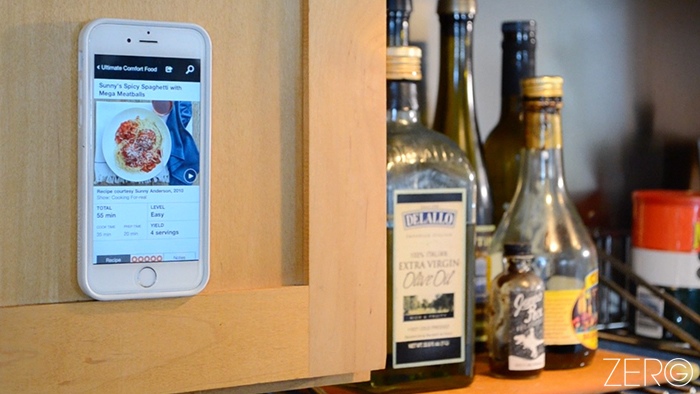 The Zero G case for iPhone 6 and iPhone 6 Plus has already made an impression on Kickstarter fans, raising almost $70,000 with 12 days left in the campaign. But, unfortunately, the case that can adhere to any flat surface without falling was initially only compatible with the iPhone 6 and iPhone 6 Plus, meaning users who prefer other phones wouldn’t have been able to use one.

DON’T MISS: Roommates hospitalized after stabbing one another during heated iPhone vs. Android debate

Luckily for some of them, that’s about to change because Zero G manufacturer Mega Tiny Corp. is ready to support two more products. The company on Friday revealed that Zero G versions for the Galaxy S6 and Galaxy S6 edge models will also be available to interested buyers.

“We’ve seen incredible demand quickly for the Samsung Galaxy S6 and S6 Edge and we wanted to give some love to Android users,” Mega Tiny Corp. co-founder said Carl Winans. “With the popularity of Periscope and Meerkat today, the Zero-G case adds a whole new way to position phones on vertical surfaces to shoot videos. We can see this case completely changing the way people use their phones – and Zero-G will make it so much easier for the media to shoot live streams.”

Zero G cases for the Galaxy S6 models can also be preordered via Kickstarter, for $34 a pop, and should be shipped to backers starting with late June. More details about the Zero G project are available at the source link.