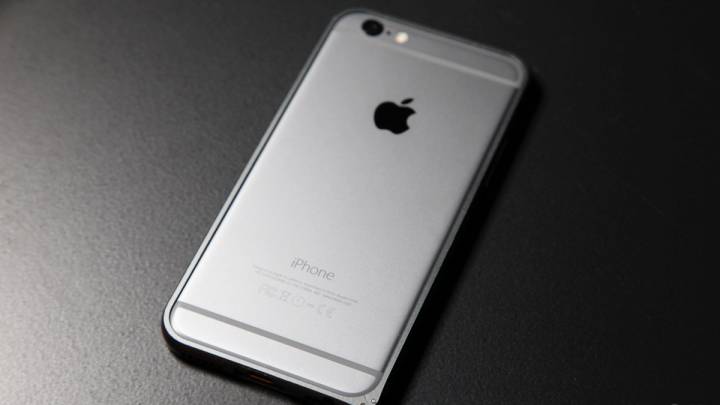 Samsung’s new Galaxy S6 and Galaxy S6 edge smartphones are fantastic handsets. In fact, they’re probably the most impressive Android smartphones the world has ever seen. As we said in our Galaxy S6 review, these are easily the most premium smartphones Samsung has ever built, and they feature performance that is miles better than any other Android phone on the market.

It is entirely possible that the launch of Samsung’s new Galaxy S6 and Galaxy S6 edge did, in fact, eat into sales of Apple’s flagship iPhone 6. But the data flying around on Tuesday morning that’s being cited in reports doesn’t actually support that theory at all.

DON’T MISS: How to download your entire Google search history in 2 easy steps

According to that report, combined iPhone 6 and iPhone 6 Plus sales declined during the second week of April, which also just happens to be the week Samsung’s Galaxy S6 and Galaxy S6 edge debuted. Thanks to the headline on the story — “iPhone 6 Sales Slightly Decrease After Galaxy S6 Release” — blogs took this story and ran with it, claiming that the Galaxy S6 launch had a clear negative impact on iPhone sales.

Here are the firm’s numbers:

Forget for a moment that regardless of how precise these numbers appear, they are merely guesses based on analysts’ findings after polling a handful of stores. Beyond that, these estimates only include offline sales made in brick and mortar stores.

But let’s pretend these figures are real and exact.

When a new product launches, lots of people buy it. As we move further away from launch, fewer people buy it. This holds true for iPhones and any other smartphones, and it’s supported by Atlas’ estimates.

Beginning with iPhone 6 and 6 Plus sales in the third and fourth weeks of March, we can see an 11.8% decline in offline sales during that period. The decline the following week jumps to 15.3%, and then to 24.3% between the last week of March and the first week of April.

Between the first week of April and the second week of April when the Galaxy S6 and Galaxy S6 edge went on sale, the estimated rate that iPhone 6 and 6 Plus sales declined fell to just 4.7%. In other words, the decline in sales that had been ongoing for several weeks slowed at an unbelievable rate — from 24.3% to 4.7% — the week that Samsung launched its new flagship phones.

Again, it is entirely possible that the Galaxy S6 is responsible for a decline in iPhone sales. But the research report issued by Atlas this week is not even close to being evidence of this impact.