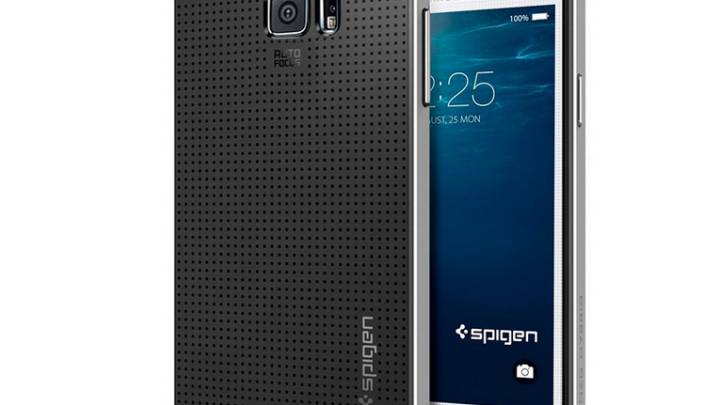 Samsung’s Galaxy S6 smartphone is expected to feature a new design and improved build quality, some of the aspects that were criticized in preceding Galaxy S models. While the South Korean company has yet to announce the handset, Samsung did tease a new design direction for its “innovative” upcoming flagship, saying after its recent quarterly earnings report that future handsets will be made using new materials.

Samsung is far from sharing any pictures of the Galaxy S6, but accessory makers are apparently ready to spill the beans.

Spigen has already listed Galaxy S6 cases on Amazon, Droid-Life reports, complete with images (like the one above) that seem to indicate Samsung will position the rear camera and heart rate sensor differently on the Galaxy S6 compared to the Galaxy S5, though other design changes aren’t immediately clear. The publication says Spigen has been accurate in the past with certain design elements for various other Android devices, which were featured in its cases well ahead of their official launch.

Meanwhile, French site Nowhereelse has received schematics for the Galaxy S6 from another accessory maker, which also seem to confirm the camera and sensor placement on the back. Furthermore, they also provide exact measurements for the handset.

One case design also seems to indicate that the speaker of the Galaxy S6 will be placed on the bottom side, rather than on the back.

Images showing some of these leaked accessory design plans for the handset follow below.