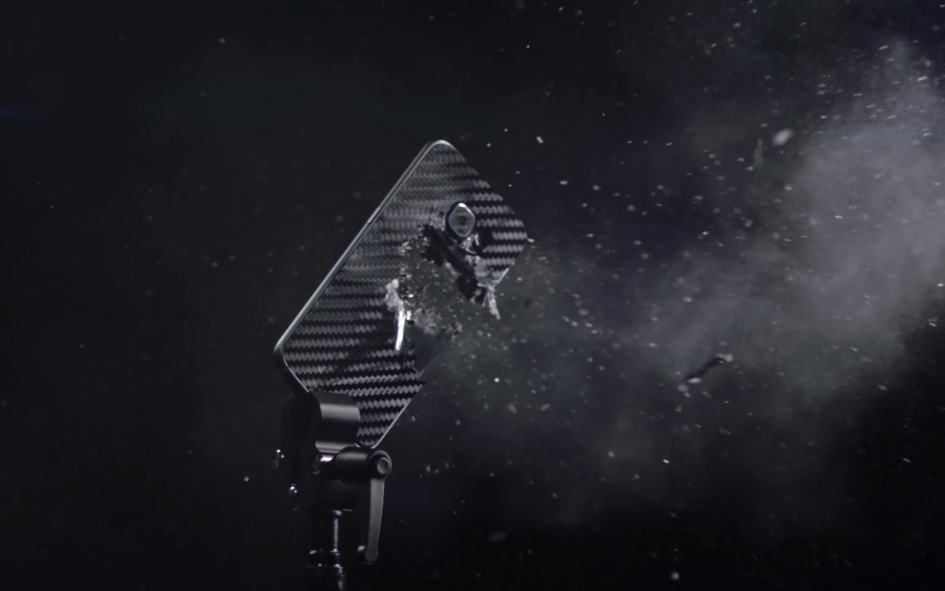 People: Never lend Lewis Hilsenteger of Unbox Therapy your smartphone, no matter how nicely he asks you. Hilsenteger, who really hit the big time last fall with his infamous iPhone 6 Plus bending videos, this week posted a new video that shows what happens when you shoot a Galaxy S6 edge with a Desert Eagle semi-automatic pistol. As you’d exepct, the S6 edge does not survive — however, the slow-motion video is filmed in 4K and is actually a lot prettier than any other smartphone destruction video we’ve seen.

“The robots over at dbrand asked if I’d like to come take part in some destruction,” Hilsenteger explains. “Normally, I’d need more information but when they told me they’d be shooting in super slo-mo and 4K it seemed like a no-brainer. Behold, a Desert Eagle meeting a Samsung Galaxy S6 Edge. This is mostly a showcase of some of the greatest camera equipment on the planet capable of capturing moments often missed by the human eye. Shot on a Phantom Flex4K.”

The whole video is very cool and can be found below — we recommend watching it in 4K if you can.