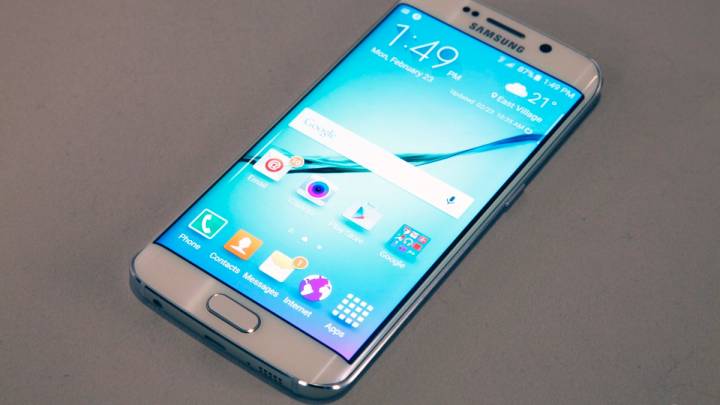 One of the things Samsung did not reveal during its surprisingly simple Galaxy S6 event — compared to previous theatrics performed on stage during Galaxy S announcements — was pricing details for its handsets. Reports, however, revealed unconfirmed price points for the 32GB, 64GB and 128GB Galaxy S6 and Galaxy S6 edge models, at least the Europeans ones, suggesting the curved model everyone seems to favor might be significantly more expensive than you think.

As it turns out, even Samsung U.K. now seems to indicate that buying a Galaxy S6 edge might be a bit harder on your wallet than you were hoping.

Spotted initially by SamMobile, Samsung U.K.’s Galaxy S6 and Galaxy S6 edge page only shows two models when it comes to storage size, the 64GB and 128GB ones. For some reason, the 32GB model is left out, though if you’re selecting the regular Galaxy S6 model you’ll immediately see a 32GB version pop up.

Samsung U.K. doesn’t list pricing points for these storage versions at this time, but the recent price leak suggested that the cheapest Galaxy S6 will cost €699, while the most affordable edge model will retail for €849 in the region. These are prices for the 32GB models, with each additional memory tier costing an extra €100, keeping the difference between the regular and curved models with similar storage at €150.

Assuming these prices are accurate for Europe, that might mean getting a Galaxy S6 edge could cost U.K. buyers significantly more than expected. On the other hand, considering that you can’t add more storage to any of the Galaxy S6 versions since both of them lack microSD slots, going for the 64GB version might be the better choice for many buyers, assuming your wallet can handle the extra strain.

It’s not clear at this time whether Samsung U.K.’s listing is an accident, as the company has yet to publish similar Galaxy S6 pages on its other local sites.

A screenshot showing the page follows below.