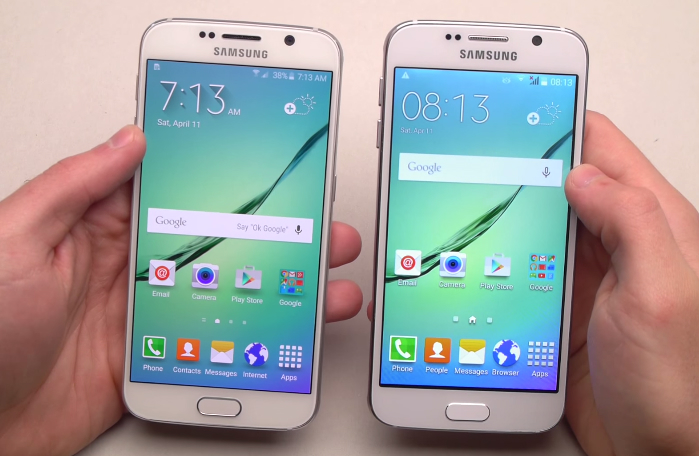 The Galaxy S6 is one of the best Android phones you can buy right now, but it’s also one of the most expensive ones, particularly the Galaxy S6 edge. In case you’re looking to buy a used Galaxy S6 model rather than purchase one for full price or with a new carrier contract, then you should absolutely watch a new video that shows you how easily a Galaxy S6 can be cloned and how to spot a fake before you buy one.

YouTube user TechRax posted a detailed video that shows a Galaxy S6 clone next to the real thing and explains how someone on Craigslist sold him a fake Galaxy S6.

As you can easily see in the following clip, Galaxy S6 clones are almost identical to the real thing when it comes to overall design, user interface, and even retail packaging. However, there are plenty of telling signs that should help you easily spot the fake one.

First of all, there are special Samsung markings on the retail box that should tell you the device is genuine, including the sticker that contains unique details about the smartphone in it, and which could help you identify it online.

Moving on to the smartphone itself, you should immediately notice the plastic on the fake model by simply touching it. The Galaxy S6 has a metal frame and glass on both the front and rear side. Under normal circumstances you should be able to tell the difference between glass and plastic.

When it comes to overall software experience, you should do your homework before you buy the handset. The Galaxy S6 should offer you a fluid, fast experience. Also important is the fact that the phone runs Google’s Android 5.x Lollipop. Comparatively, a fake Galaxy S6 model will be rather laggy and might not have the latest operating system on board – these are also details that can be observed when handling the device.

The full video explaining how to spot a fake Galaxy S6 follows below: