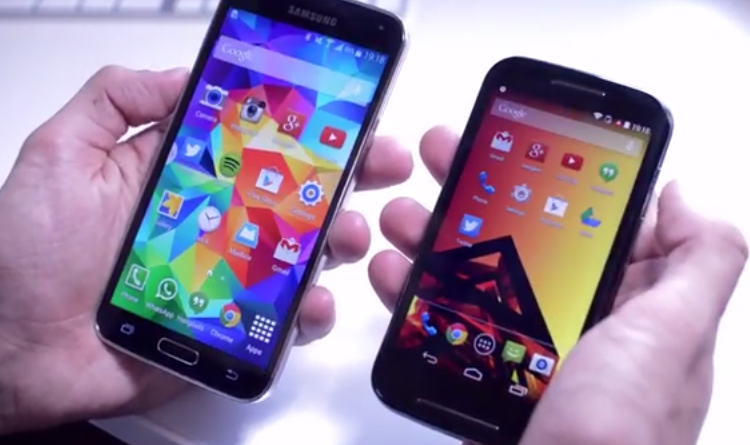 In Rich’s tests, the Moto E was slightly faster than the Galaxy S5 when it comes to unlocking the handset, loading the Camera or Gallery apps, and even when browsing Google+ via the dedicated app.

These tests suggest that Motorola’s software optimizations are actually better than Samsung’s. The Moto E runs Android 4.4.2 KitKat, just like the Galaxy S5, but Samsung’s flagship phone has TouchWiz on top of Android, which may affect its performance in some areas.

Recently, Samsung confirmed that the international Galaxy S3 version won’t be getting KitKat, blaming the phone’s hardware for its inability to run Android 4.4. However, reports have said that Samsung’s TouchWiz is likely responsible for the Galaxy S3 performance issues mentioned by Samsung, as the phone can run unofficial KitKat-based ROMs with ease.

The video showing the Moto E vs Galaxy S5 speed tests mentioned above follows below.