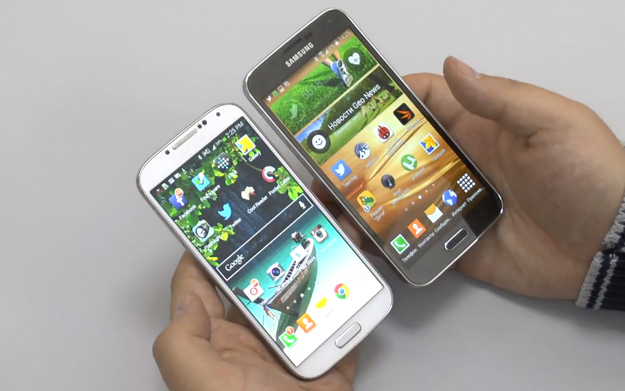 Samsung’s next-generation flagship smartphone doesn’t launch for another month, but we have already seen the Galaxy S5 star in a series of extensive written and video reviews. Beyond just looking at the device itself, however, mobile industry insider Eldar Murtazin also spent a good amount of time comparing the new smartphone to its predecessor, the Galaxy S4.

The Galaxy S5 is one of the most hotly anticipated smartphones of the year despite the fact that it couldn’t live up to the crazy rumors that swirled ahead of its unveiling. No, it doesn’t have a quad HD display or an eye scanner, but it still looked like one of the best smartphones Samsung has ever built when we took a look at the Galaxy S5 in our hands-on preview.

In terms of comparing the new model to its predecessor, the Galaxy S4, we know it’s slightly bigger, has a slightly larger display and is slightly faster, but that’s just the tip of the iceberg. Mobile-review’s Eldar Murtazin posted a video on Wednesday that goes much further in comparing the two phones, and it’s embedded below.