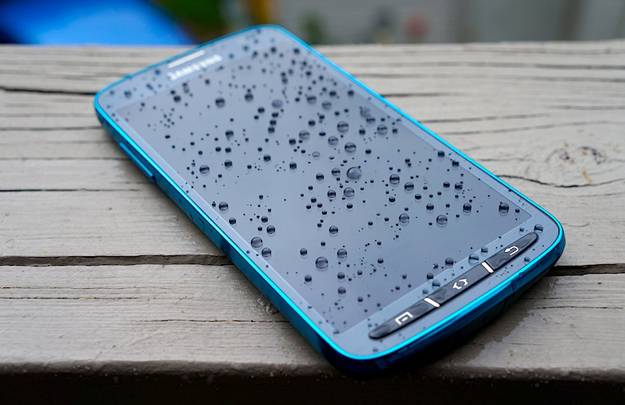 The Galaxy S5 will be unveiled at MWC 2014 in just a few days, but it may be a while until the phone will hit stores, ZDNet Korea has learned. Apparently officials from Samsung’s local supply chain have confirmed they have not received components orders for the Galaxy S5. “Since Samsung is yet to place an order for parts, the company may change some of the peripheral features of the Galaxy S5 while retaining core features,” an unnamed official said. “If they place orders at the end of this month or early next month, the handset will be commercialized around the end of next month at the earliest.”

The publication has also confirmed some of the features of the upcoming flagship handset revealing that Samsung may have learned a valuable lesson from last year’s Xperia Z flagship handsets.

According to sources that talked to the publication, the regular Galaxy S5 will have the same waterproof capability as the Galaxy S4 Active. The report seems to confirm a recent teaser Galaxy S5 page posted by German carrier O2, which hinted that the phone may be waterproof. At the same time, the report contradicts a previous rumors that said a Galaxy S5 Active model will join the Galaxy S5 this year.

Additionally, ZDNet Korea is also confirming a previous report that said the Galaxy S5 will have a fingerprint sensor embedded in the home button. Samsung will apparently use an ultra violet coating to protect the scanner, compared to Apple which uses sapphire glass for it.