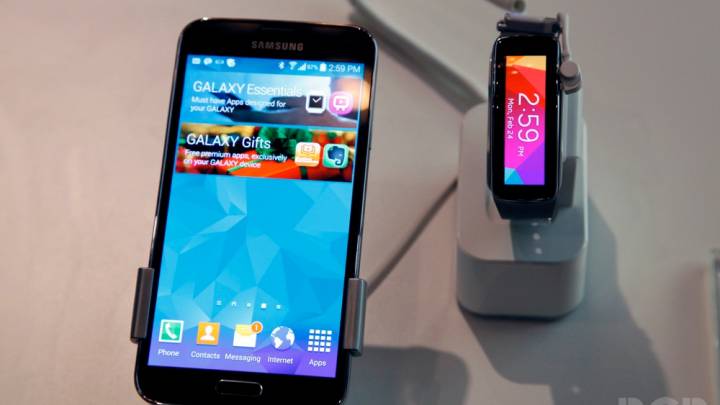 Samsung on Sunday released its first Galaxy S5 and Gear 2 ads under a new “Amazing Things Happen” TV campaign. The two devices have been officially announced earlier last week during this year’s MWC 2014 show in Barcelona, Spain, with Samsung apparently waiting for the Oscars to kick off its TV commercials attack for the new products. In addition to highlighting the Galaxy S5 and Gear 2, the company is also showing off its new, Gear Fit, Galaxy Note Pro 12.2 tablet and TVs, including references to curved displays.

With the Galaxy S5 ad, Samsung focuses on the 5.1-inch screen and heart rate monitor, reminding potential buyers that the phone launches this April. “Every year we celebrate the biggest and the brightest, the smartest and most innovative,” Samsung writes in the short ad. “The 5.1-inch Full HD Samsung Galaxy S5 with built-in heart rate monitor. The Next Big Thing is Here. April 2014.”

The Oscar-related messages continue in the Gear 2 video. “Only a few things deserve to be gold on such a big night,” Samsung’s messages read while the new smartwatch is shown on the screen (the gold version). The Gear 2 is also teased for an April 2014 launch. Both the Galaxy S5 and Gear 2 ads have orchestra sounds in the background, and so does the “Family” ad that focuses on all the types of displays Samsung devices have to offer.