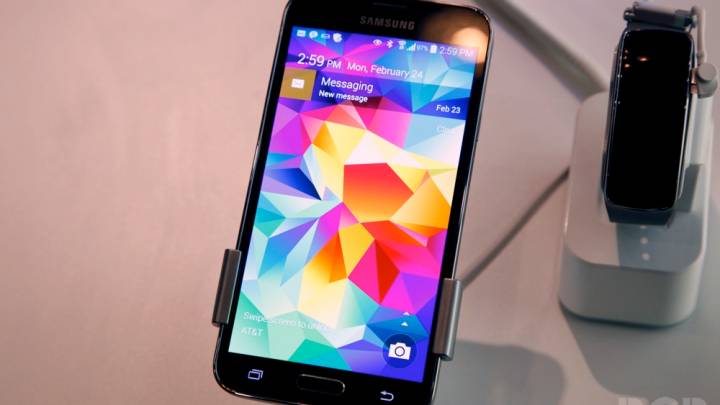 Samsung is apparently looking forward to seeing developers improve its new flagship device and wearables it introduced at MWC 2014. The company has released a Software Development Kit (SDK) for the Gear 2, Gear Fit and Galaxy S5, 9to5Google reports. But the most interesting detail is that Samsung will let developers make use of the fingerprint sensor inside the Galaxy S5’s home button to build apps that take advantage of it. Unfortunately, that may not necessarily good news for Galaxy S5 owners.

While that’s certainly a bold move from Samsung, it’s not clear at this time whether there are any limitations in place for developers. Apple, which first introduced a fingerprint sensor in a smartphone, isn’t letting iOS developers take advantage of the Touch ID sensor in their apps.

With the many privacy-related reports that have detailed accidental or intentional issues with apps collecting and sharing certain personal data, having apps potentially collect fingerprint information from users may not be the best idea for Samsung’s apps needs.

In addition to data from the fingerprint sensor, developers may also have access to other personal data via the S Health SDK, which can collect data from the various sensors on-board the Galaxy S5, Gear2 and Gear Fit. Moreover, the company has been recently rumored to work on new ways of collecting user data with help of its mobile devices.

Privacy- and security-related issues have affected Samsung in the past. In late 2012, a security issue has been found to affect Exynos 4 processors in many Galaxy devices, which would allow attackers to extract data from the phone’s RAM and inject malicious code into the kernel. In mid July 2013, Samsung denied allegations that Jay-Z’s Magna Carta Holy Grail Android app collected user data, and late last year researchers found a security issue in the Galaxy S4 that allegedly allowed hackers to intercept secure data.

Furthermore, Samsung has been proven to be less customer-friendly than expected, another reason to worry about the company’s willingness to share access to your fingerprints and personal S Health data with developers.