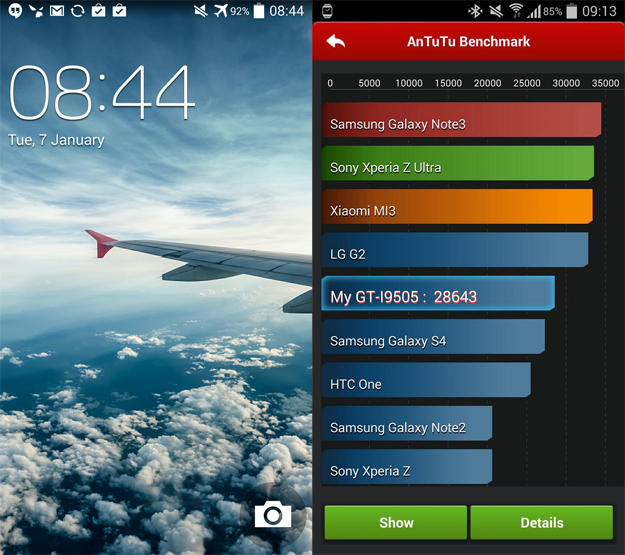 A leak from earlier this week revealed that Samsung is hard at work on a redesign of its TouchWiz user interface. TouchWiz, which is a UI and service layer that sits on top of Android on Samsung’s smartphones and tablets, is loved by some and hated by others but most agree that it could certainly use a little sprucing up. According to the aforementioned leak, that is exactly what it will get… at some point. In the meantime, Samsung is working on an interim update that will include some minor design tweaks in Android 4.4 KitKat for the Galaxy S4. Now, according to a post on Twitter from SamMobile, the that update for the Galaxy S4 that could be made available as soon as tomorrow.

No other details were provided in the tweet. It simply says “tomorrow,” includes a link to a forum thread that discusses KitKat for the Galaxy S4, and includes the hashtag #nextupdate. It’s also unclear if the update will be announced by Samsung tomorrow or perhaps just leaked tomorrow by the blog, which has leaked unreleased software in the past.

Earlier rumors suggested that KitKat will begin rolling out for the Galaxy S4 in late January or early February.

If KitKat software does begin rolling out soon, however, those with carrier branded Galaxy S4 handsets in the U.S. will likely not be among the first to receive the update.