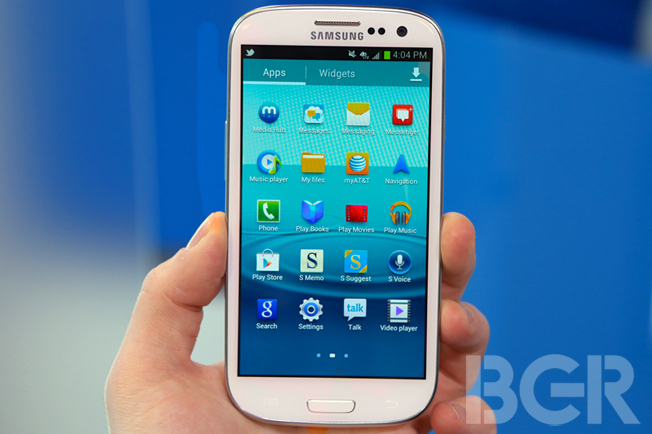 Even though it’s almost four years old, and has hardware that can’t compete – at least on paper – with the 2012 Galaxy S3, the iPhone 4 can still run its the latest version of iOS. Sure, the iPhone 4 does not get all of Apple’s iOS 7 features, but it’s still packs most of them and is able to run rather well with Apple’s 2013 mobile OS release. Samsung, on the other hand, confirmed to SamMobile what many Galaxy S3 buyers feared — that one of the most popular Galaxy S3 versions will never get KitKat.

After a leaked internal document revealed that the Galaxy S3 KitKat update for the GT-I9300 model that’s available in many markets has been suspended, Samsung confirmed that the phone, and the Galaxy S3 mini version, will not be updated to Android 4.4. Samsung blamed everything on hardware limitations.

“In order to facilitate an effective upgrade on the Google platform, various hardware performances such as the memory (RAM, ROM, etc.), multi-tasking capabilities, and display must meet certain technical expectations,” Samsung wrote in a statement.

Sprint’s Galaxy S3 version has already been updated to KitKat, with other American versions of the handset expected to receive their updates as well. But Samsung doesn’t appear ready to make any sacrifices in order to update the millions of GT-I9300 sold in many markets around the world to Google’s latest OS versions.

In late June 2012, The Verge revealed that the U.S. Galaxy S3 versions got 2GB of RAM instead of just 1GB like the GT-I9300 as Samsung worried about the future Jelly Bean update, as it wanted to make sure the phone is future proof – Samsung’s statement above has just confirmed that report.

Yesterday’s leaked showed that Samsung may have encountered certain TouchWiz-related issues in its KitKat tests, rather than actual KitKat problems, so its hardware-related claims could to be unfounded.

In fact, Google made sure in late 2013 that everybody got the message that KitKat can run on devices that have as little as 512MB of RAM available. Further proof that Samsung’s own bloatware may be to blame is the fact that unofficial KitKat-based custom ROMs, including the widely popular CyanogenMod 11, are available to GT-I9300 users.

However, Samsung can’t simply acknowledge it has a bloatware issue, and simply come up with a new KitKat-based ROM for Galaxy S3 owners that have purchased the international version.