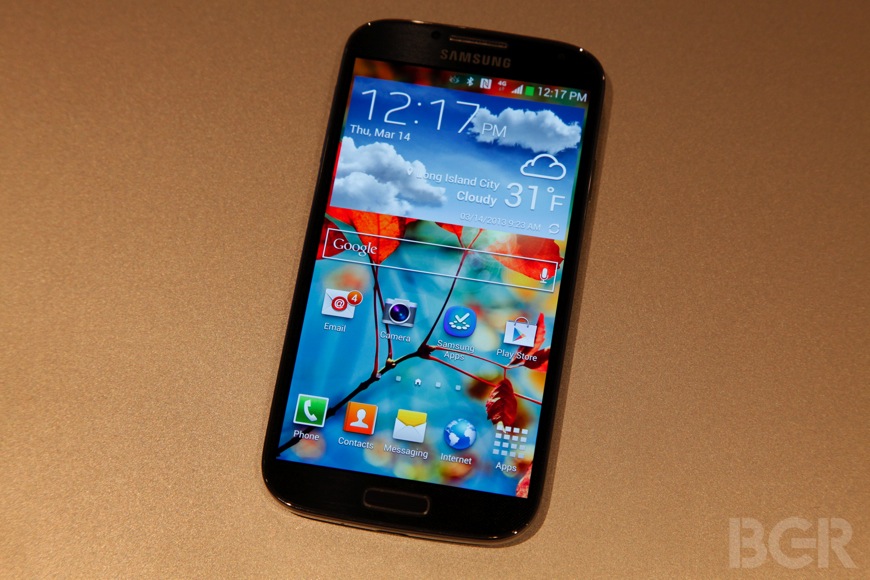 Samsung (005930) pulled out all the stops at its Galaxy S 4 press conference last night at Radio City Music Hall in New York City. The company revealed a handful of new features in a Broadway-style presentation, however it failed to announce specific launch dates. Samsung only said that the Galaxy S 4 would launch on 327 carriers, six in the U.S., in 155 countries sometime next month. U.K. carrier Everything Everywhere announced on Friday that it will offer the smartphone beginning April 26th with preorders set to start on March 28th. AT&T (T) and T-Mobile both acknowledged that they will carry the Galaxy S 4 in the U.S. and have created pages that allow customers to sign-up to be notified with additional details. Verizon (VZ), Sprint (S), Cricket and U.S. Cellular also plan to offer the device later this year. Reports suggest that the Galaxy S 4 will cost $199 in the U.S. with a new two-year agreement.