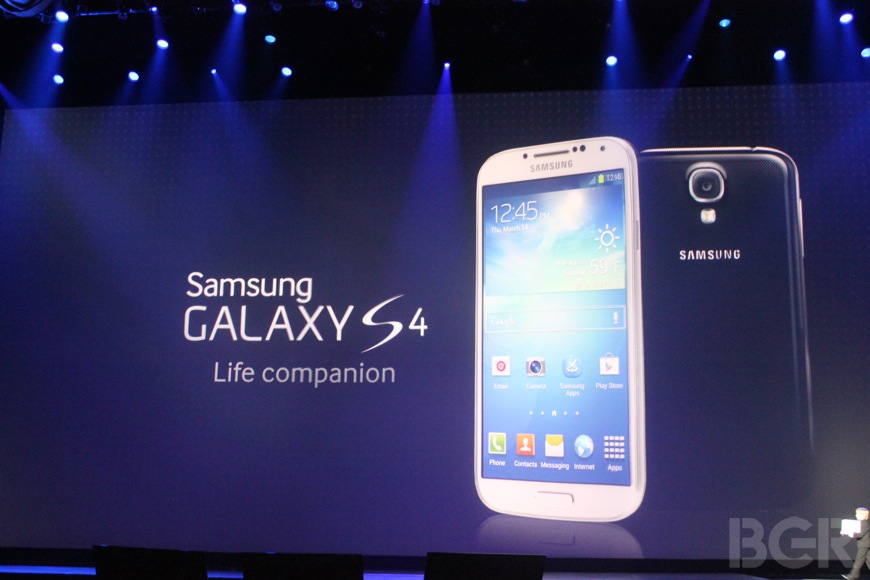 Samsung (005930) announced its latest flagship smartphone at a press conference in New York City last week. Some have argued that the Galaxy S 4 will rival Apple’s latest iPhone for smartphone dominance in 2013, while others have suggested that Samsung hasn’t done enough to retain its customers. The Galaxy S 4 features updated hardware and new features such as facial recognition and floating display technology, however its design has remained largely unchanged from the Galaxy S III. In fact, the design is so similar to earlier models that research firm Yankee Group’s vice president of research, Carl Howe, believes the smartphone should be regarded as “the Galaxy S IIIS.”

The analyst pointed out that despite the updated internal hardware and software, “the S IV is just another iteration on the Galaxy design to be slightly bigger, faster and with a few new apps.” He went on to claim that while Samsung’s latest smartphone is expected to do well, it won’t be able to help the company gain ground on Apple in the U.S. market.

“We fully expect the Galaxy S IV to be an excellent flagship phone for Samsung, but Yankee Group doesn’t see the S IV allowing Samsung to gain ground against Apple in the crucial U.S. market,” he wrote on the company’s website. “According to Yankee Group’s 2013 U.S. Consumer Survey, March, only about 15 percent of consumers intend to buy a Samsung phone within the next six months, while 40 percent intend to buy Apple iPhones within that period. That’s actually a slight decline from the December quarter.”

Howe added that Samsung isn’t generating the same kind of brand loyalty that Apple (AAPL) has. Citing a recent company survey, he noted that only 61% of Samsung owners intend to buy another Samsung smartphone as their next device, compared to 85% of iPhone owners who plan to buy another Apple handset.

“Unless Samsung works very hard to change consumers’ minds in the next six months, we actually see Apple gaining ownership share on Samsung in the U.S. in 2013 rather than the other way around,” Howe noted.