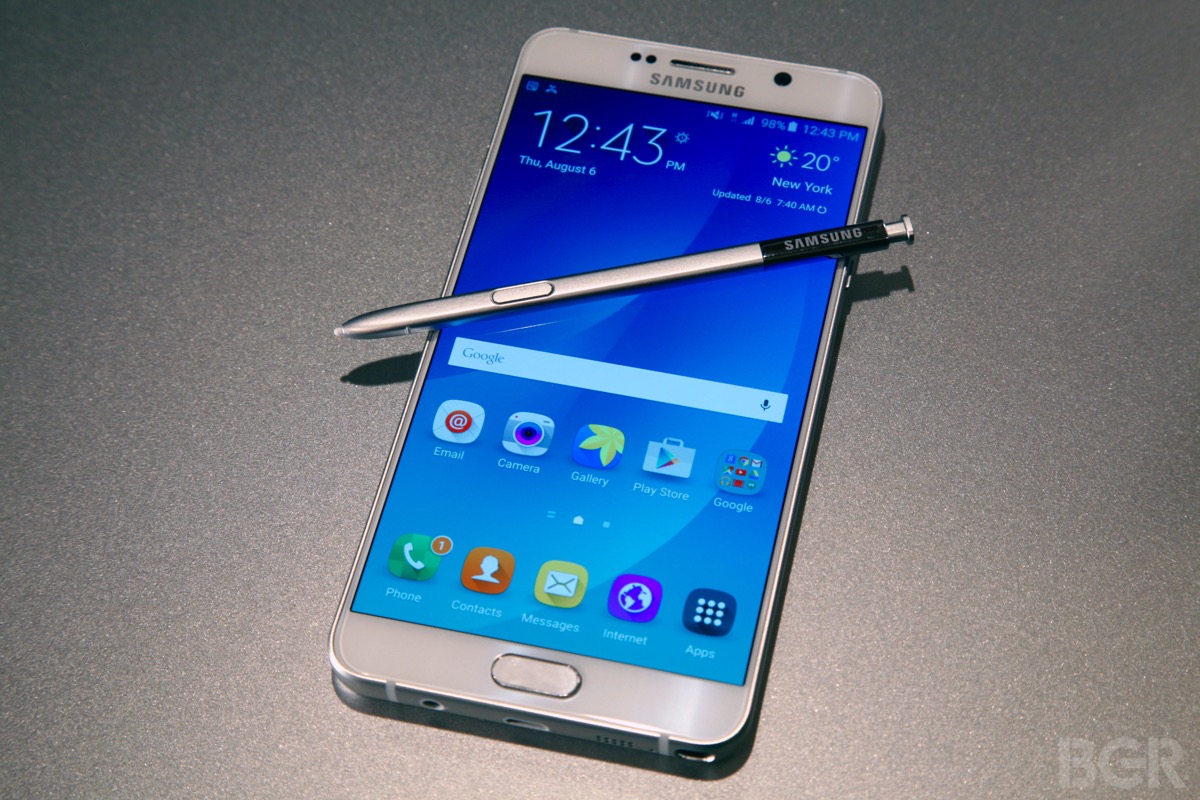 Samsung has a great new design for its flagship smartphones, one that makes extensive use of metal and glass. The three Galaxy S6 models and the Galaxy Note 5 all feature a similar design, proving that Samsung can make beautiful phones that buyers would appreciate. However, Samsung also had to cut some corners to make its best devices look so good and that includes removing some features some Android users desperately want.

The likely No. 1 concern for the Galaxy S6 edge+ and Galaxy Note 5 is the lack of expandable storage. There’s no microSD support on these devices and neither will be available with 128GB of storage. Yes, you read that right: Both handsets are available for preorder in America right now in 32GB and 64GB sizes, even though Samsung listed 128GB models for both phones on its website.

Samsung has confirmed to The Verge that this listing of a 128GB Note 5 was all a mistake. The company said its phones aren’t offered with 128GB of storage “at this time,” which at least leaves room for 128GB models at some point down the road.

However, this might just prove to be an extra piece of disappointing news for Galaxy Note fans looking to update to the next big thing.