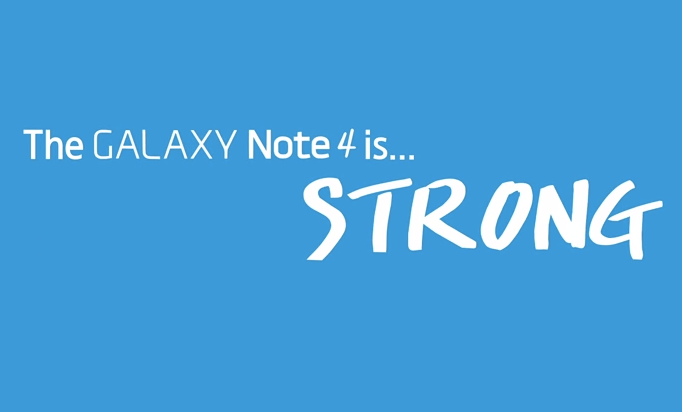 Whatever the actual merits of the Bendgate “scandal,” you just knew it wouldn’t take long for Samsung to try to take advantage of it. In a new two-minute promotional video, Samsung shows us how you’ll be able to happily stuff your massive Galaxy Note 4 into your back pocket with no fear of it bending.

To demonstrate the Note 4’s toughness, Samsung starts off by putting it through a three-point bend test much like the one used in Consumer Reports’ definitive take on Bendgate. After this, however, is where the magic truly happens as Samsung uses a synthetic replica of a human gluteus maximus to show that the Note 4 can be sat on repeatedly by a man who weighs up to 100 kilograms, or around 220 pounds.

While Samsung’s synthetic-butt test looks silly, there is a lot of evidence that the company’s Galaxy Note phablets really are tough to bend. Both the Consumer Reports test and a similar four-point bend test conducted by uBreakiFixCo showed that the Galaxy Note 3 could take much more pressure than the iPhone 6 Plus and still maintain its shape, thanks in no small part to the device’s plastic shell that is much more likely to snap back to its original form than the aluminum shell on the 6 Plus.