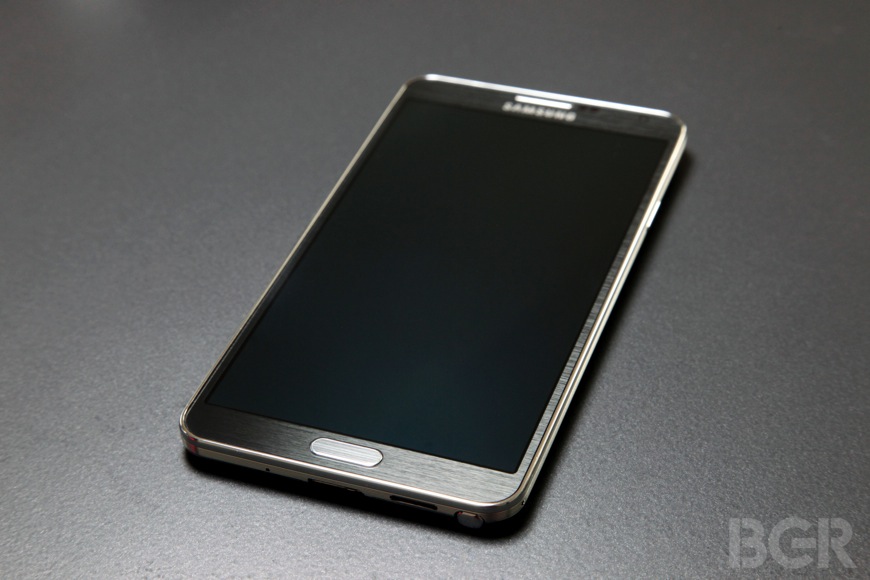 A first rumor detailing specs and features for the Galaxy Note 4, Samsung’s flagship phablet that should be unveiled in the second half of the year, has emerged from China, where CNMO has listed some interesting hardware details for the handset.

According to the publication, the Galaxy Note 4 will be bigger than the Galaxy S5 when it comes to screen size, and it could have either 2K or 4K resolution. Furthermore, the device is expected to pack a next-gen 20-nanometer processor, a 20.1-megapixel camera with optical image stabilization and a future version of Android, which could be Android 4.5 by the time the handset launches. The device may also have water and dust resistance, just like the Galaxy S5, and it could pack more built-in storage than the Note 3.

However, it’s not clear where the publication received these hardware details from.

Qualcomm has just announced next-gen 64-bit processors that could power future Galaxy Note models, and one of them will support 4K displays. The Snapdragon 810 and 808 will also be built with a 20-nanometer process, but these CPUs will only be available in commercial devices starting with the first half of next year.

Samsung is also expected to launch its own 64-bit processors later this year.

For the first time since being introduced, the Galaxy Note may have a phablet rival from Apple, as the company is rumored to launch at least two new iPhone models this year with bigger display sizes.