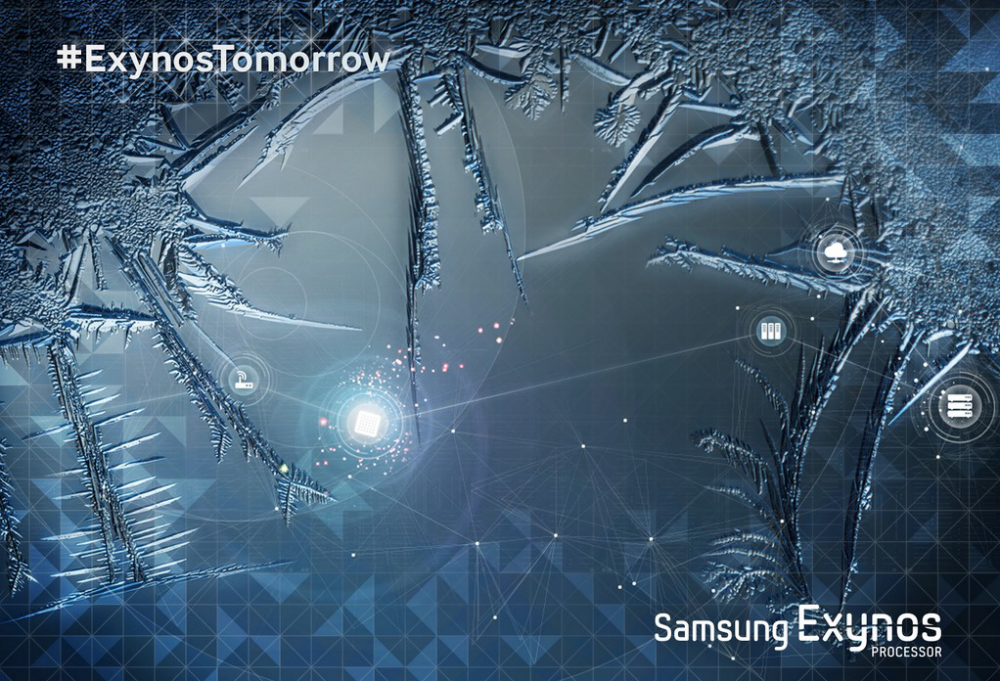 Samsung has confirmed for quite a while that it’s working on its own 64-bit processors, which will eventually equip Galaxy devices, and the company has teased more than once a potential announcement for such an Exynos system-on-chip (SoC). But so far this year the company did not unveil any new flagship Exynos SoCs that could be used in future top devices. However, Samsung on Wednesday took to Twitter to tease a new Exynos SoC, which may then be used in the upcoming Galaxy Note 4.

“Tomorrow [Thursday] we have something new and exciting to show you. Stay tuned!” the company wrote on Twitter, adding the image above.

Online publication SamMobile speculates Samsung will announce the Exynos 5433 SoC, which is expected to be found on board the new phablet. The Exynos 5433 has already been spotted in benchmark results, and is said to pack an Intel XMM7260 Cat. 6 LTE radio, an upgraded Mali GPU, and eight cores, including four Cortex-A15 cores and four Cortex-A7 cores. It’s not clear though, whether the new Exynos processor will be a 64-bit beast, although that may be a possibility considering that Google will also support 64-bit architecture in future Android versions.

Recent AnTuTu findings revealed that the Exynos 5433 SoC is a lot more powerful than the Snapdragon 805, with the Galaxy Note 4 said to use these two SoC options, depending on launch market.