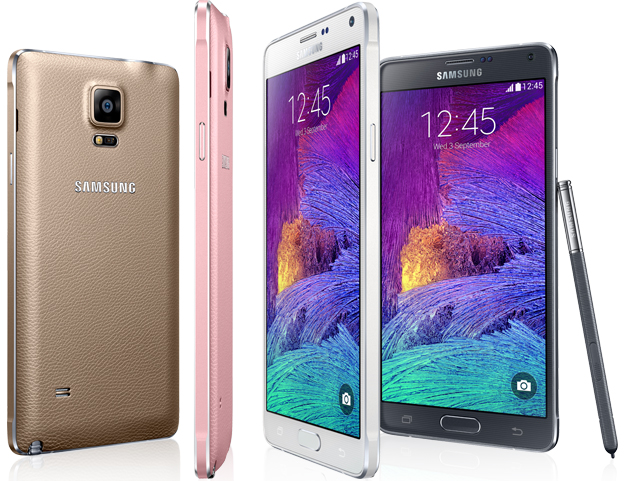 Samsung’s new Galaxy Note 4 is easily one of the most hotly anticipated smartphones of the year, and it turns out the wait for the new phablet will be shorter than we thought for a handful of eager Samsung fans. After pushing up the launch of its new Galaxy Note 4 in South Korea to help detract a tiny bit of attention from Apple’s new iPhone 6 Plus phablet, the company confirmed earlier this month that its new Note 4 flagship phone would debut on October 17th in the United States.

But why wait until next Friday when you can buy a shiny new Galaxy Note 4 right now?

In an age where carriers are finally separating the cost of cell phones from service fees instead of burying them so that they could continue charging inflated service fees even after phones are paid for, the idea of paying full price for a smartphone isn’t as foreign as it used to be. And if you’re a Samsung fan willing to pay full price for the new Galaxy Note 4, you can do so right now and be among the first people in the country to obtain the sleek new phablet.

As noted by SamMobile, a handful of vendors are selling the Note 4 early on Amazon’s website. The black Galaxy Note 4 can be purchased off contract for $854.88 and the white model costs $868.99. Both phones are unlocked international versions with the model number SM-N910, and they will work on AT&T and T-Mobile’s networks in the U.S.

For those who would prefer to wait, U.S. carrier versions of the Note 4 will become available from all four major wireless carriers beginning next Friday, October 17th.