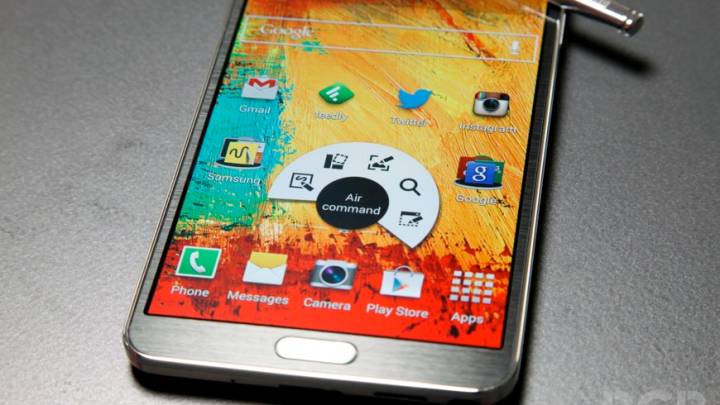 MIT professor and Internet startup pioneer Philip Greenspun seems to always have a Christmas gift in his bag for big tech companies. Last year, he ripped Windows 8 apart and called it a “Christmas gift for someone you hate.” If the decline in PC sales over the past 12 months is any indication, it looks like he was onto something. This year, Greenspun is back and this time he has set his sights on Samsung. The well-known Web entrepreneur knows a thing or two about software, and he always does a reasonably good job of assessing products from the typical consumer’s point of view. If his opinion represents that of the typical consumer in this case, Samsung might have something of a problem on its hands.

Samsung shines in a number of different areas but software has never really been one of them. Perhaps that’s why the company put together a 132-page document showing its engineers how to copy various aspects of the iPhone’s user experience pixel by pixel.

With the Note 3, however, the software situation seemed to be improving. In our Galaxy Note 3 review, we said that Samsung was finally showing signs that it understood its feature spam problem and it was taking steps to refine existing software features rather than just pile on new ones. That may be the case, but Greenspun points out that several core features of the Note 3 are still an absolute mess, even with the software update currently rolling out.

“Having switched from an iPhone 4S to a Samsung Note 3, I am amazed almost every day at some of the user interface decisions made by Samsung,” Greenspun wrote in a post on his blog. “Today I installed an operating system upgrade and was hopeful that some of the most glaring problems had been fixed. Sadly, they hadn’t.”

He goes on to discuss several glaring issues with Samsung’s Phone and Messaging apps on the Galaxy Note 3. His gripes are all valid. Then, he turns his focus to the camera.

“The camera is simply unusable if the subjects are humans and moving,” Greenspun said. “It seems that most of the sites that test mobile phone cameras do it with studio scenes. That capability has nothing to do with a mobile phone camera being a practical photographic tool. This seems like something that Google should take over as part of the core Android software. It is too important to leave to the handset manufacturers, particularly if the goal is competing with Apple, whose camera software seems to be the world’s best.”

Samsung recently announced that Galaxy Note 3 sales into distribution channels topped 10 million units in just 60 days. The handset clearly has some wrinkles that still need to be ironed out, however. But the good news is that recent reports suggest Samsung is well aware of its weak mobile software and it is taking steps to improve the situation.