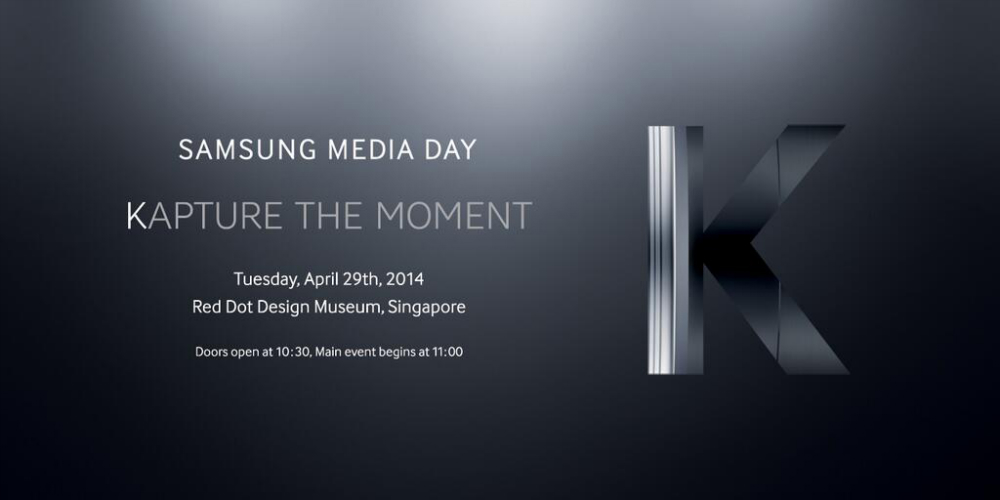 Samsung will soon unveil the Galaxy S4 Zoom successor, but SamMobile reports the device will not be part of the S5 family, as previously rumored. Instead, the company will apparently introduce a new Galaxy family of camera phones, the Galaxy K. Samsung has quietly announced on Twitter a “Kapture the Moment” media event set to take place on April 29 in Singapore, suggesting it will unveil a new camera later this month.

The publication says the Galaxy K will not resemble the Galaxy S5 when it comes to design, and will feature mid-range hardware. The device is rumored to have a 4.8-inch Super AMOLED 720p display, hexa-core Exynos 5 5260 SoC (1.5GHz dual-core Cortex A15 chip and 1.3GHz quad-core Cortex A17 chip,) Mali-T624 GPU, 2GB of RAM, 20-megapixel camera with 10x optical zoom and Xenon flash, 2-megapixel front-facing camera and Android 4.4.2 KitKat likely with many camera-centric TouchWiz custom features on top.

Official images of the new Galaxy K camera are not available yet, and it’s not known when the device will be available in stores. Even though it appears that the Galaxy S5 Zoom will be rebranded, the Galaxy S5 family is still rumored to get a new member soon, the Galaxy S5 Active.