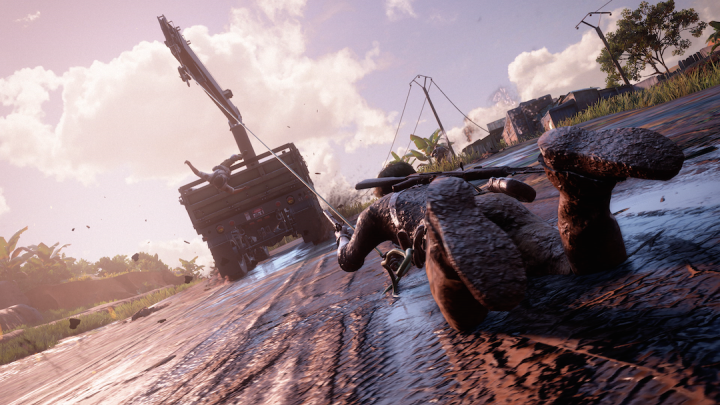 It might not have been the most surprising trailer at E3 2015, but the stage demo for Uncharted 4: A Thief’s End certainly knew how to get our adrenaline pumping. There were firefights and daring escapes and car crashes, but the trailer was abruptly cut off just moments before Nathan Drake slammed into the side of a bridge.

READ MORE: Here Are All the Free PS4, PS3 and PS Vita Games You Can Download in July

Sony showed us the second half of the segment behind closed doors, but without footage to share, the best I could do was to describe the scene as it had played out. I think I did an alright job, but on Wednesday afternoon, Naughty Dog streamed the extended demo on its Twitch channel shortly before throwing the full video up on YouTube.

Now, for the first time, you can see what all the commotion was about. Here’s the full gameplay demo that you didn’t see at E3: