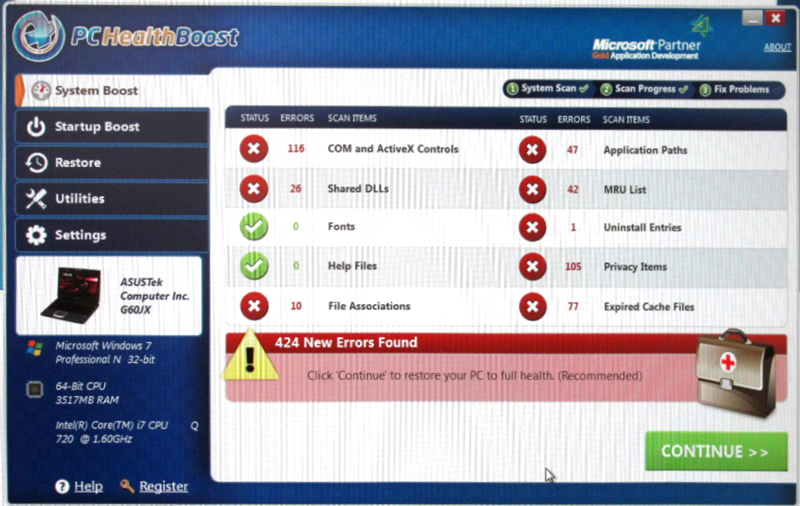 The Federal Trade Commission and the State of Florida on Wednesday announced plans on fighting a type of online scam that cons unsuspecting PC users into paying up to hundreds of dollars for alleged security protection for their computers, which turns out to be fake software supposed to fix inexistent malware threats. Such businesses have fooled many individuals and companies into paying over $120 million for Internet security.

Services like PC Cleaner, PC Vitalware or OMG Tech Help are among the “elaborate scams,” as GigaOm calls them, that are targeted by the FTC’s investigation.

The scams have a certain pattern. First, such security companies convince users to install inexpensive software on their machines, priced from $29 to $49, by showing them their PCs are infected with malicious programs, which is in most cases not true (see image above which shows such an initial scan report). Then, the buyers have to call a customer support line where a “technician” further sells them more expensive fake online security products amounting to hundreds of dollars by saying the security issue affecting their PCs is a more expensive problem.

More details about this particular scams, and ways to protect yourself against such PC security scams and real malware threats, are available at the source link.