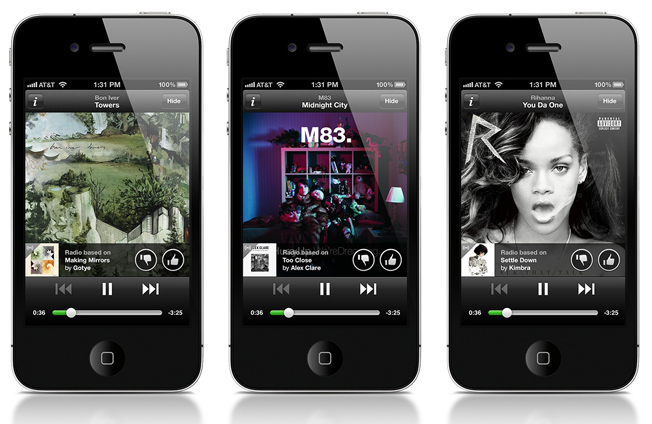 Spotify is apparently interested in expanding its mobile music services by offering users free (ad-supported) on-demand access to streaming music. The company’s current offer lets users stream unlimited music on their smartphones and tablets from a catalog of over 20 million tracks for $10 per month, or stream Pandora-like radio with ads for free. According to The Wall Street Journal, Spotify has inked deals with Sony Music Entertainment, Universal Music Group and Warner Music Group for an enhancement to its ad-based services that will allow on-demand music streaming.

Spotify already has a similar free access offer for desktop and laptop users, although it doesn’t include unlimited music streaming. Mobile users who sign up for the free option will also have some limitations in place – while they will be able to choose what music tracks to listen to, they’ll only be able to play a limited number of songs on-demand each month. The company will supposedly reveal more details about its new mobile offering during a press conference next week.

Roughly 20 million users use Spotify around the world, with 6 million of them being paying subscribers, but it looks like major labels that own a stake in the company want to significantly increase the subscriber base and the percentage of free users converting to a paid subscription. Furthermore, the free business model may result in “significant ad revenue” for these companies, according to a person familiar with the matter. An increase in user base would also help artists, especially considering that not everyone is happy with the rates currently paid by Spotify. In fact, the company has recently received quite a lot of criticism for the royalties paid to small artists.

The company has been recently valued at over $4 billion, and competes directly against similar services from Apple, Google, Pandora and Rdio, to name just a few.