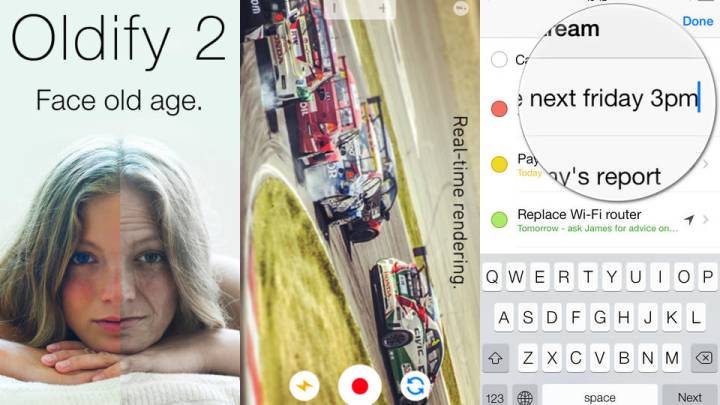 Want some cool new apps to check out? Want the option to download them for free if you act fast? You’ve come to the right place. We do our best to bring nifty apps to your attention when they go on sale. As nice as it is to support developers, a freebie every now and again is certainly appreciated. Today, we have three terrific paid iPhone and iPad apps that are on sale for a short while, so you should definitely check them out for free while you can.

For more awesome iOS applications, check out our series on gorgeous iPhone apps!

Today we’re starting out strong with an app called Pocket Lists, which is easily one of the best and most comprehensive iOS lists apps around.

Pocket Lists is an amazing universal app for managing to-do lists, focusing on important to-dos, and collaborating on to-do lists with your friends. The app excels as both an everyday to-do list organizer with sophisticated reminder functionality, and as a checklist app for groceries, travel packing, Christmas lists, and more.

You’ll love Pocket Lists for being powerful yet surprisingly easy to use. The app’s feature set makes it a superb replacement for most to-do list apps, including the stock Reminders app:

• Color-coded to-do lists with a variety of beautiful icons for all sorts of things (200+ icons included!).

• To-do Stream: a dynamic to-do list that collects to-dos among all your to-do lists, and displays them in the priority & due order, allowing you to focus on what’s important right now.

• All types of to-do notifications: due date, due time, repeating, and location-based — drop pin anywhere on a map, select either “arrive to” or “leave from”, and even define a location radius.

• Set due reminders by typing naturally: “Meeting tomorrow morning”, “Car service saturday 7pm”, “Prepare christmas gift list on dec 20 every year”, “Cinema friday night” and so on. The app automatically understands due date from your input, and sets a reminder. Understands all 13 languages the app is localized into! Approved by native speakers.

Pocket Lists is a universal app, so it was designed for both the iPhone and iPad. It’s normally a $4.99 download, but it’s free right now for a limited time.

Will you age gracefully or does a sad, sullen future await you? Oldify 2 might be the key to preparing yourself for what lies ahead.

Take a photo of yourself (or friends!) and Oldify 2 makes you old. Choose to add anything from 20 – 100 YEARS, and see your wrinkled, gray-haired self come to life; blinking, coughing, yawning, and more hilarious animations. Now even record your voice to share custom videos of your ancient self talking… from the future!

From the makers of Fatify, Baldify, Wolfify, and more, combine AGING with BALD + FAT + MUSTACHE + BEARD + PAINT and UNIBROW effects!

• SELECT YOUR AGE – what will you look like in 20, 40, 60, 80 or 99 years!?
• TAP to ANIMATE your old self – sigh, blink, sneeze, and more.
• RECORD your voice – create custom video selfies from your future.
• MIX EFFECTS – combine effects from our other apps (including: Fatify, Baldify, Stacheify, Beardify, Sketchify, Comicfy and Browify!)
• Make old FRIENDS – or old pets/family members

ReplayCam is a great tool that makes it easy to add awesome slow-motion replays to any video.

Add amazing slow motion replays to videos with ReplayCam! Tap and hold replay button during recording and last the 3 seconds of video will be replayed in slow motion. App renders replay at 60/120 FPS* for ultra smooth slow motion capture. Support for all devices with iOS 7. No need to edit/render – works in real time!

Framerate of each device (30, 60, 120fps) is limited only by hardware, ReplayCam always uses max available framerate for your device.

This universal iPhone and iPad app is usually $1.99 but it’s free for a limited time.