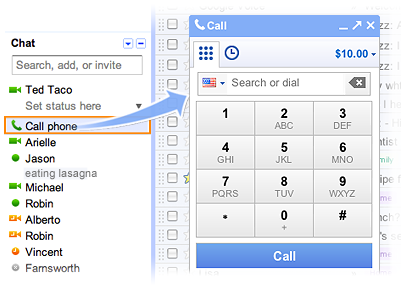 Google (GOOG) announced on Monday on the Official Gmail Blog that its free Gmail voice calling service will be extended through 2013 in the U.S. and Canada. The company has provided free domestic calling within the U.S. and Canada for the last two years, further extending the complimentary service repeatedly just before the new year. Google product manager Mayur Kamat didn’t detail why the company is extending the service in his post on the company’s blog. It’s still unclear why Google is keeping free Gmail voice calls separate from its Google Voice service bit either way, free is free and we’re not complaining.